And as a bonus, because some countries don’t have real autumns, there’s a mix of warm and cold beverages made from seasonal ingredients.

Here’s 7 fall drinks that will make you forget about pumpkin spice lattes! 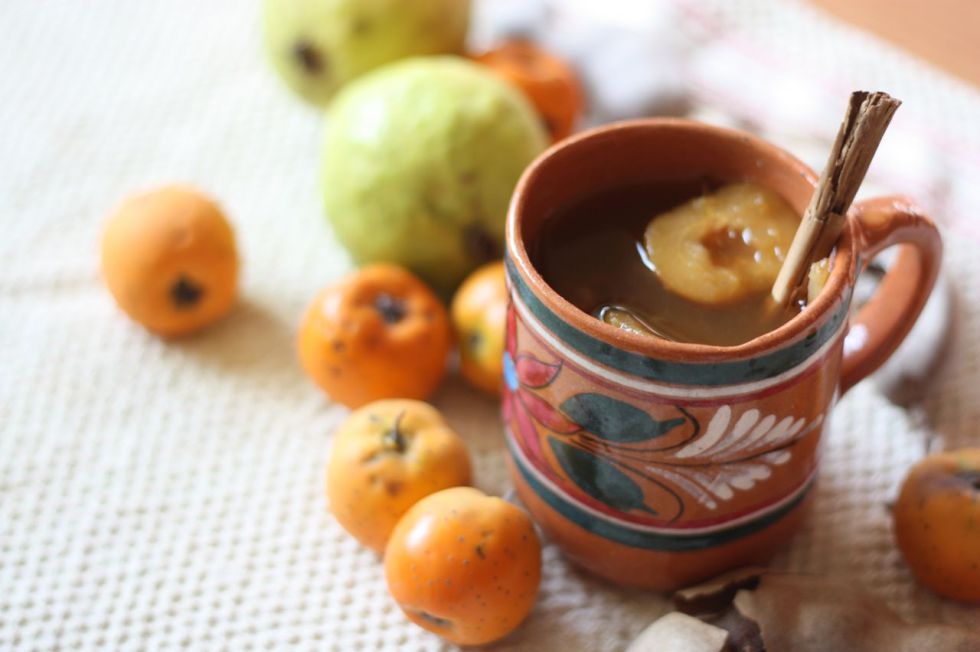 Mexican ponche’s a warm fruit punch traditionally served at Christmastime. Piloncillo, dark-brown unrefined cane sugar, guavas, oranges, apples, tejocotes, cinnamon sticks make up this delicious citrusy beverage. And though we suggest drinking this throughout the fall and winter – as you would pumpkin spice lattes – you can add in rum or tequila when you really need it. 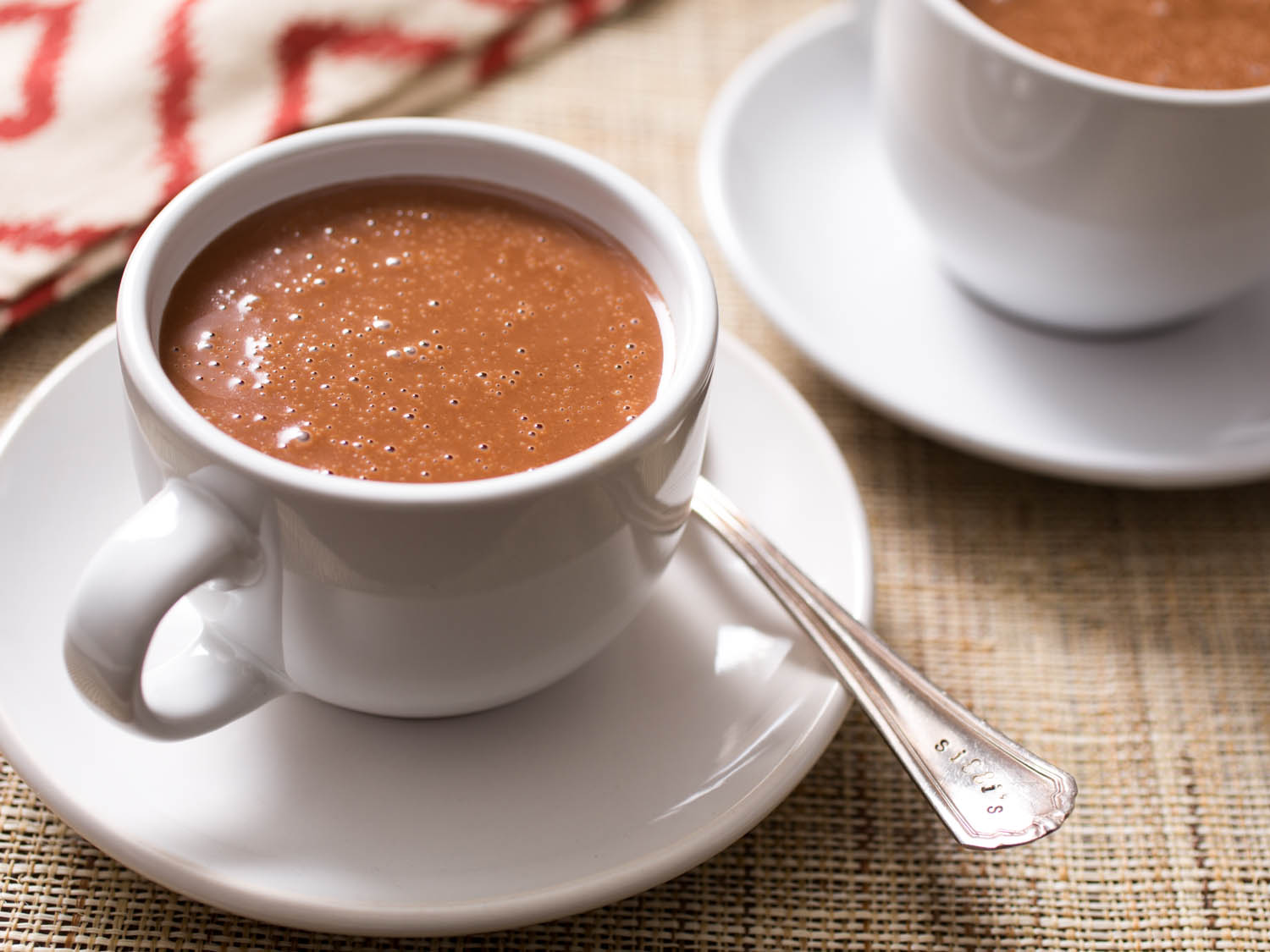 Atoles are warm beverages made of corn that can be flavored with just about anything. But for chocolate lovers, the champurrado is the way to go. The Mexican drink’s a thick hot chocolate made of corn, piloncillos (unrefined whole cane sugar), and chocolate. Despite champurrado’s richness, the low amounts of dairy (though some people certainly use milk) make it easier to knock them back.

Pinolillo’s so embedded in Nicaraguan culture that the Central Americans even call themselves pinoleros. Pinolillo has a gritty texture, because of the cornmeal used. Made of cacao, milk or water, cinnamon, a powder of dried, toasted ground corn kernels, pinolillo’s typically served ice cold. 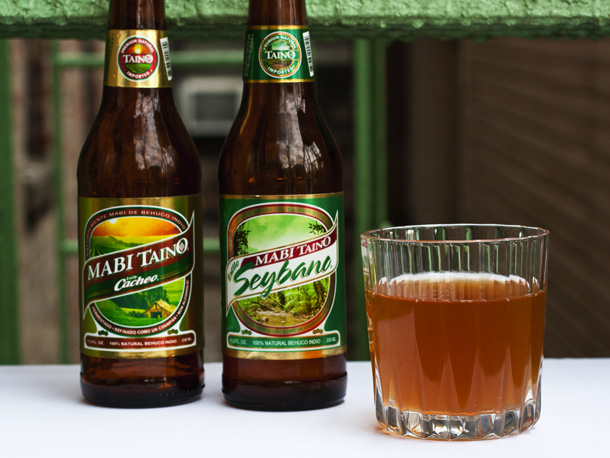 The Caribbean, particularly in Puerto Rico and the Dominican Republic, consumes maví– also known as mabí and mauby. Maví’s made from the fermented bark of a mabi tree. It tastes sort of like root beer. Sugar tempers the bitterness of the drink, which is made by boiling mavi tree bark, ginger, and cinnamon, or other spices. It’s left our in the sun for hours, before it’s eventually refrigerated and served cold.

Homemade versions aren’t carbonated. But you can definitely buy carbonated versions – like the one pictured above – in stores. 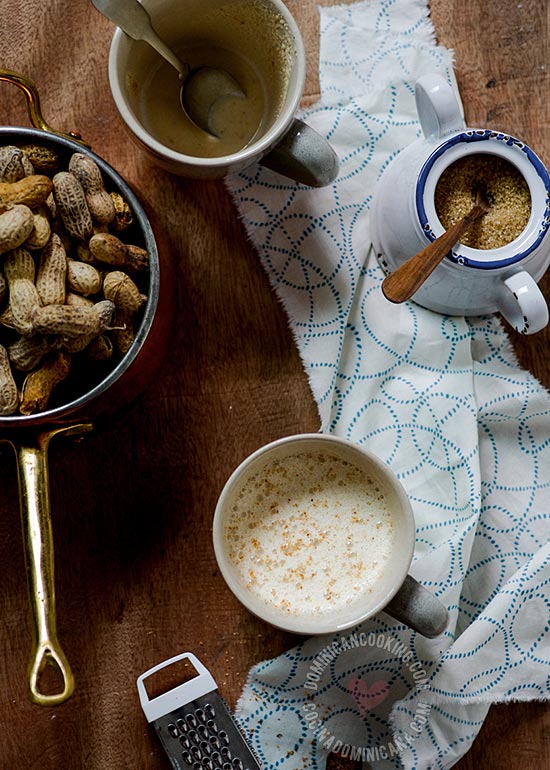 At its very basic, chocolate de maní’s a peanut-based hot chocolate from the Dominican Republic. However, according to Tia Clara, this beverage is an example that no two people have the same recipes. Her version calls for toasted peanuts, skim milk, cinnamon, cloves, and ground nutmeg.

If you’re making Agualoja, expect to put in work. The Nicaraguan beverage comes from Jinotega. The fermented drink is sweet and spicy. The recipe calls for toasted white corn, whole cane sugar, cinnamon, ginger, cloves, and sweet pepper corn. The corn’s milled until there’s a slightly chunky consistency. Then, the other ingredients are added and the mixture is left to ferment for two days. More ingredients get added in after the first two days, and it’ll actually sit for a total of about seven days before it’s ready.

Panamanian specialty chicheme includes corn and milk. Chorrera produces particularly bomb chicheme. The drink’s made by boiling corn and cinnamon together until the corn has softened. Then, nutmeg, vanilla, diluted, cornstarch, and sugar can be added in. It’s then refrigerated and served with ice.

Which one is your favorite!