Martha Hernandez is the Bay Area Visionary behind madeBOS

At the 2017 Silicon Valley Latino Leadership Summit, I had the opportunity to meet Martha Hernandez, who is disrupting the traditional career development processes at companies with her software platform, madeBOS. 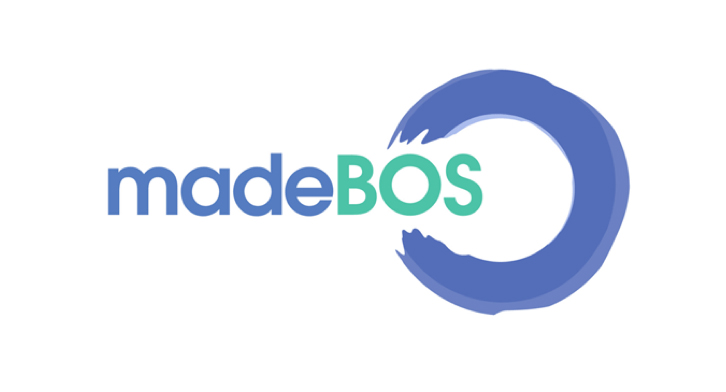 “How can I support the applicant when they didn’t get the job. I wanted to figure out a way to create a conversation that wasn’t ambiguous and to add transparency to the entire process. Where the applicant knows exactly what they have to do get the job and exactly they didn’t know to not get the job. And the manager to be on the same place to know that the five candidates that they got are the best for the organization and have a way to represent that in an objective capacity” explains Martha.

Over the years she had supported companies in talent acquisition, talent management and restructuring their processes to be more inclusive. During that time she identified the gaps and inefficiencies in most of the career development tools. “While doing that I realized that one company at a time was not going to be a big global impact. I began implementing more solutions with the actual applicant and giving them tools to drive their own career development and saw amazing results,” says Martha.

Enter the solution of madeBOS. madeBOS, short for ‘made by own self’, is a software platform that empowers employees to proactively manage their career development.

With madeBOS, employees bridge the requirement gap to get the job or promotion. madeBOS empowers employees to proactively manage their career development by:

Additionally, madeBOS helps managers make right decisions by giving them access to insights on employees progression, facilitates transparent and effective hiring and promotion decisions. It also allows candidates to access objective and immediate feedback if they were not selected all of which in turn helps employers reduce turnover.

While many industries have a need for this software platform, Martha is on a mission to first transform the retail industry’s traditional career development tracks with madeBOS for two main reasons. First, retail is one of the trainers of the world for people in any industry. One in every four Americans have had a job in retail and there are 15 million people employed in US retail. Second, retail is going to go through a lot of transformation resulting in millions of people losing their jobs. A large proportion of retail low-waged jobs are held by Latinas and they will be the most impacted noted Martha.

“And so there are skill sets that people learn during that job that other industries find important and necessary. So with our help if this is the training ground why don’t we train them to also be owners of their own learning,” explains Martha about the retail industry. “If we are able to gather and capture gather talent now we will be in a better position to drive those individuals into the jobs of the future.”

Believing in her dream

Martha remembers telling the story about what she wanted to do with madeBOS a journey that started four years earlier.

“I had told the story many, many times. But it wasn’t until key people believed and started telling the story that we had that 360,” recalls Martha.

Two of those key people included Deldelp Medina founder and CEO of the former Avión Ventures, a Latina-focused accelerator for mobile platforms, and Jesse Martinez, Co-founder of Latino Startup Alliance. While in the Avión accelerator program Martha was introduced to a world of VC funding and the challenges that she was going to face as an entrepreneur and building the product.

“It allowed me to form a community with other Latina entrepreneurs that had traction, had sales that were doing this. From then on I ended up meeting other people that were doing this. Jesse was definitely key to where I am at today from inviting me to events and making introductions,” recalls Martha. Creating these relationships and connecting with people in the space were critical to the process.

And what a process it was to start madeBOS. She went head first to tackle the problem by creating a software solution that would be applicable globally. She became the expert of the system. Then came building a strong advisory team, next building the actual team (Marketing, CTO, etc.) and now the company is focused on raising capital.

The company is currently seeking investments through Republic, an equity crowdfunding platform that makes it possible for everyone to invest in startups shaping our future. Investments begin as low as $50. It is an opportunity for the community to invest, be users and promoters of this transformational tool.

To learn more about madeBOS visit https://www.madebos.com/ or to invest in this rising startup https://republic.co/madebos.

Linda Castillo is the Founder and Executive Editor of www.ModernLatina.com. She writes on topics that empower and inspire Latinas including art, motherhood, green living, culture, travel, and issues transforming the Latino community. Linda has earned a B.S. in Business and a M.S. in Mass Communications from San Jose State University.