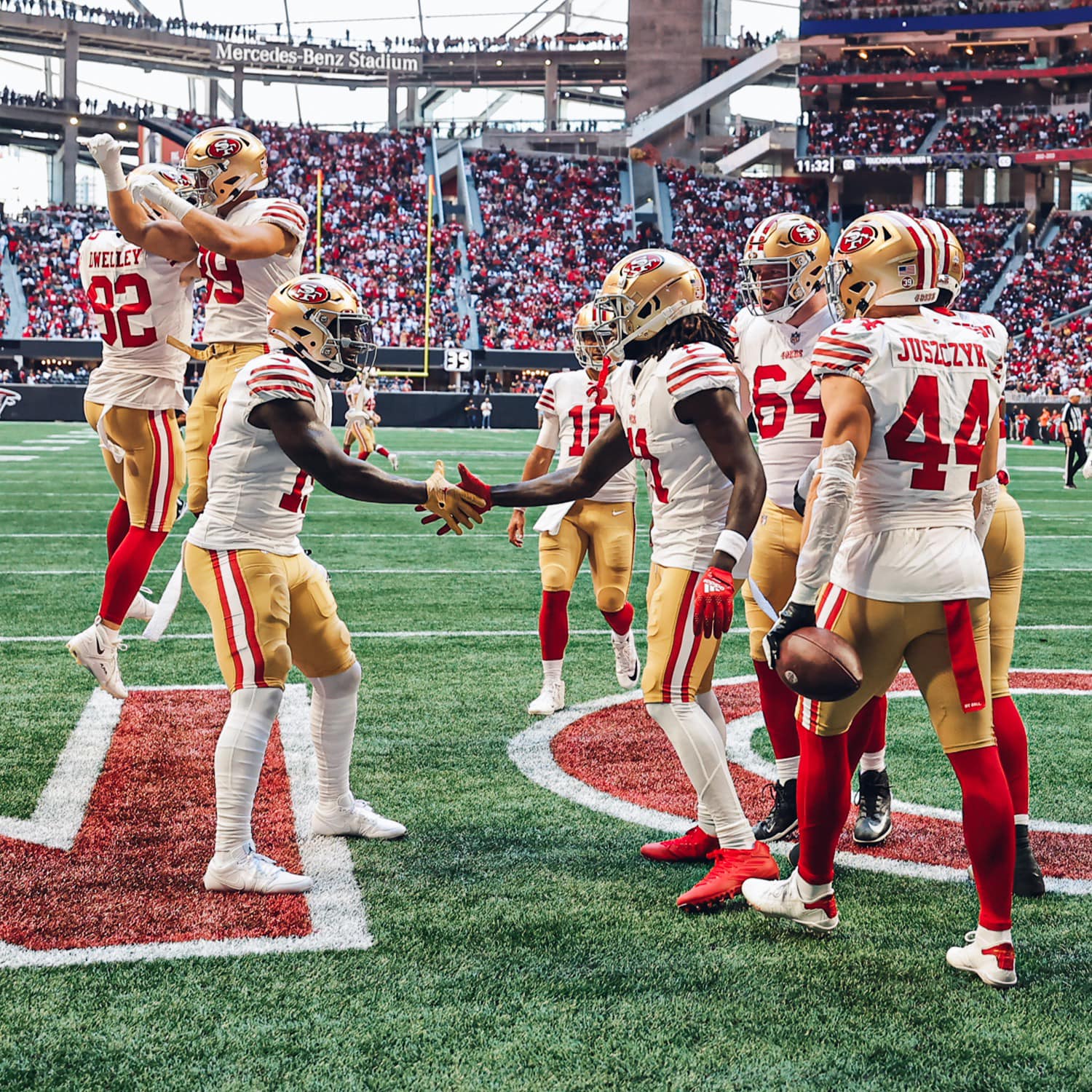 The Eagles are currently 2-point favorites, according to betting partner, PointsBet. 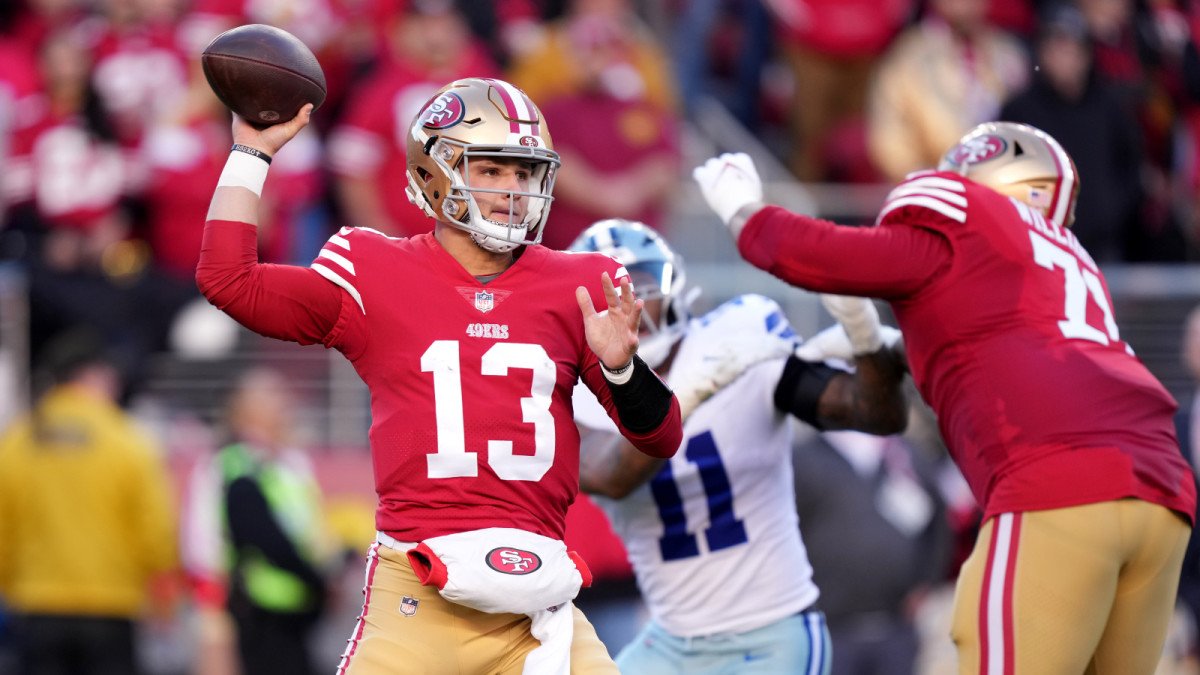 Mr. Irrelevant Brock Purdy is playing like a seasoned veteran while distributing the ball to a star-studded cast led by Christian McCaffrey, Deebo Samuel and George Kittle.

DeMeco Ryans’ defense is one of the best in the league and has provided the backing needed to ease pressure on the offense and the 49ers’ young quarterback. …

Kyle Shanahan has his team in the conference championship game for the third time in the last four years and aims to return to the Super Bowl for the first time since February 2020, when he and the 49ers fell short against Kansas City. 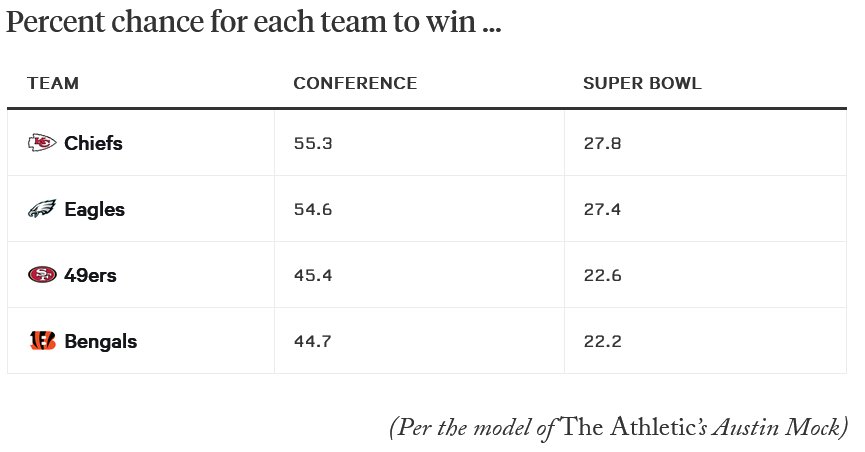 How the 49ers beat the Eagles:

The Washington Commanders provided a blueprint for success in a 32-21 win over Philadelphia in Week 10.

It starts with a patient and punishing rushing attack to keep those aggressive pass rushers from coming after the quarterback. Philadelphia gave up an average of 121 rushing yards per game, so the 49ers will likely try to exploit this weakness.

Purdy continues to execute the 49ers offense at a high level and on Sunday improved to 7-0 as a starter. But the Shanahan offense is founded on a strong run game.

What are the odds for the NFC Championship Game?

The Eagles are currently 2-point favorites, according to our betting partner, PointsBet.