“Our history hasn’t been told based on what’s been made available,” Barbosa-Cortez said. “I’m looking forward to people coming in and being excited and embracing our culture and our history in our community. We’re here, take a look at us!”

Barbosa-Cortez said she had the idea of creating an exhibit with museum executive director McCrary back in January.

“I was doing a book signing and I realized I had never seen an exhibit about Hispanic and Latino culture in the museum since I’ve been here in Vallejo,” Barbosa-Cortez said. “My Aunt told me lots of stories, but I wanted to know more about how early on the Latino and Hispanic cultures would gather together to celebrate traditions — but quietly. It had to find out how to communicate and be part of the community and a lot of that was in small businesses such as grocery stores and boutiques.”

McCrary was thrilled to partner with Barbosa-Cortez for the exhibit.

“She’s done so much legwork already, and at the time I was still very new to the community,” McCrary said. “So when she asked if she could do an exhibit on the topic I told her, ‘Thank you and absolutely.” 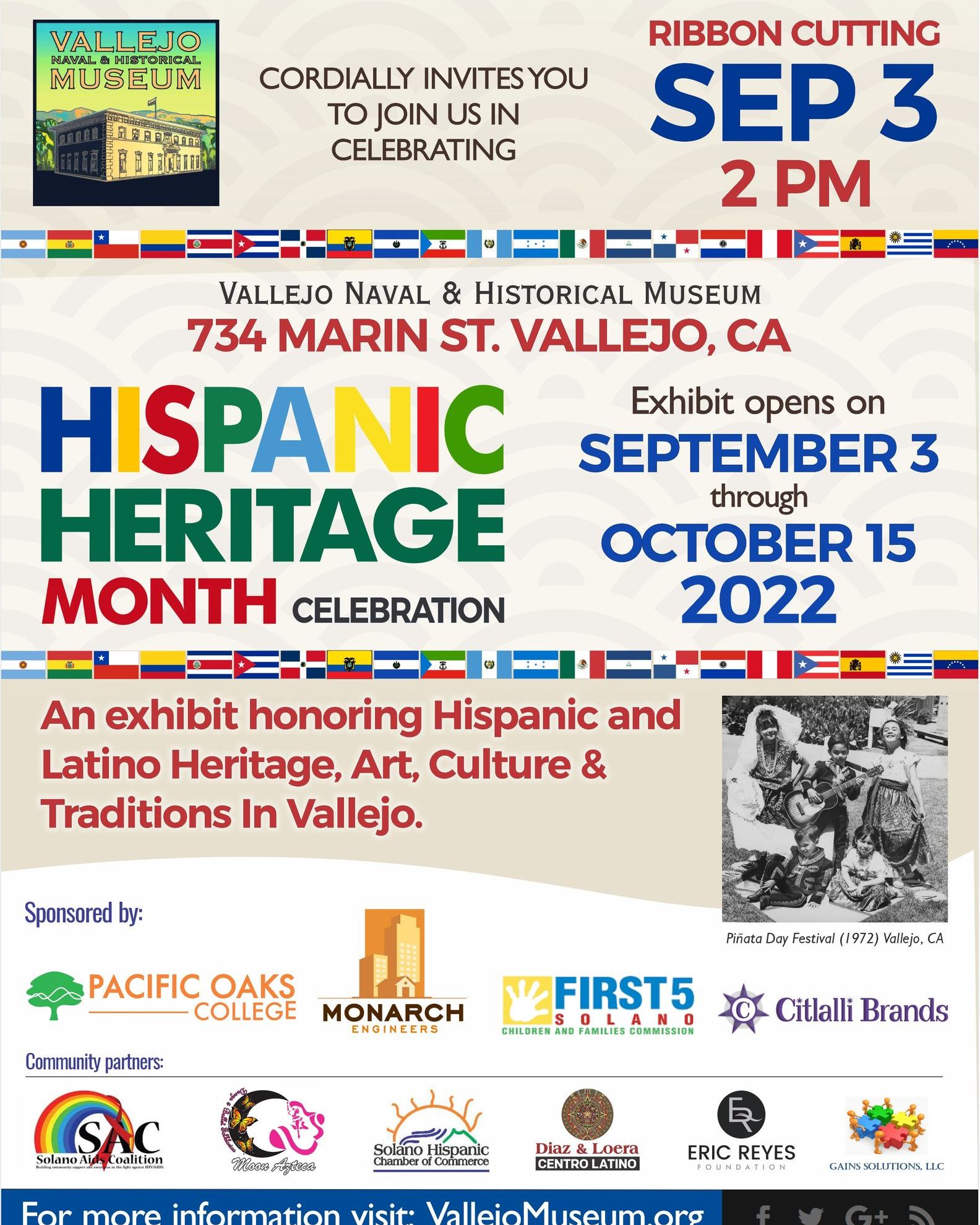 A bulk of the exhibit comes from families in the community, including a slew of photographs, including some from the Vallejo Times-Herald archives at the museum.

Also helping out in the exhibit was Mario Saucedo, the President of the Solano AIDS Coalition and a longtime activist for Hispanic and Latino culture.

“I have to thank Mario as well as all the sponsors that made this exhibit happen,” Barbosa-Cortez said. “Hopefully this is the beginning of something that happens more often.”

McCrary said she has two favorite parts of the exhibit — a wooden tortilla maker and an Aztec calendar.

“The calendar was actually a gift to Florence Douglas, who was such an extraordinary figure in the 1960s,” the executive director said.

The exhibit also contains many dresses as well as a kids area with books, including a biography on Selena Quintanilla Pérez. There is also a photo of the late Sean Monterrosa, who was killed by a Vallejo police officer in 2020.

“I felt we needed a photo of Sean Monterrosa because regardless of what you feel about his situation, that’s a family that lost someone,” McCrary said. “I think many people look at him and see their own son in him. So I felt it was important to honor the family with a photo of him on the altar.”

McCrary said this exhibit is just the start of her telling the whole story of Vallejo.

“I want to do shows on every community here,” the executive director said. “If you want your story told, bring it, call me. I’m an open book and if there is some story that hasn’t been told I want to help tell it.”

The Vallejo Naval and Historical Museum is located at 734 Marin St. The exhibit will run through Oct. 15.