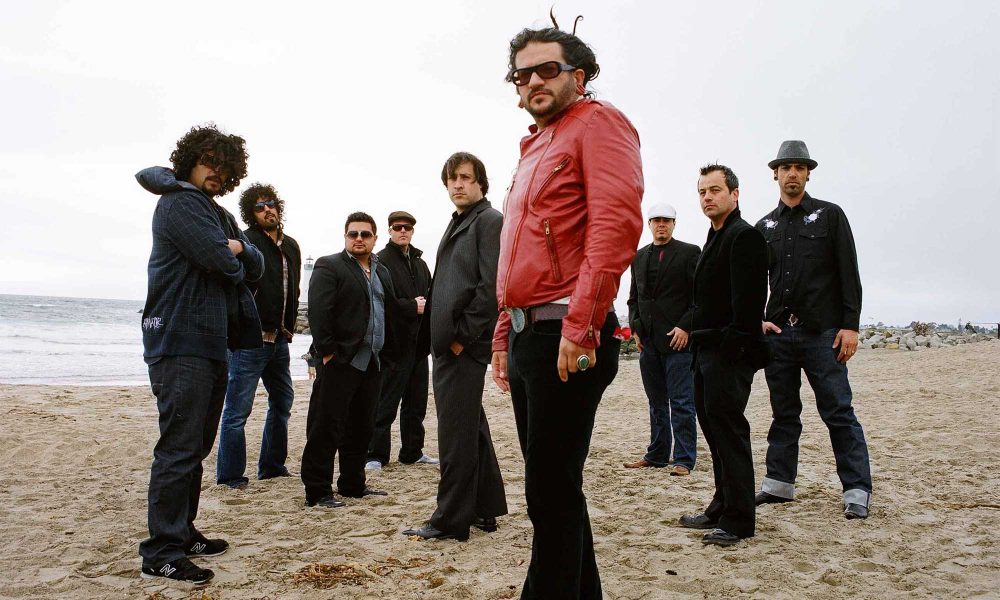 The B-Side Players are a 9-piece band part of a new movement in popular music. A band that honors the international cross-pollination that has always made music the universal language. They use any beat that catches their ear, regardless of geography or genre, to create a compelling, horn driven, polyrhythmic groove. They continue exploring the multifaceted grooves of Latin America and the Caribbean, incorporating the sounds of Cuba, Jamaica, Mexico and Brazil with the funk, rock, jazz and hip-hop rhythms of their homeland, dropping bits of Cumbia, Salsa, gritty street Samba, Son Montuno, Jarocho and Boogalo into the mix.

The B*Side Players have been laying down their own inimitable latin global funk since they came together in 1994. Their incendiary live shows have defined them as local favorites with 10 San Diego Music awards. Meanwhile their albums showcase a band with restless musical intelligence, effortlessly blending genres to fashion their own forward looking, latin flavored soul music. As an eight piece band the players are known for igniting crowds with their fierce rhythms and uplifting message of unity and consciousness. Meanwhile always keeping their focus on the political climate of the world and nation. The B-Side Players are a living and breathing cultural art experience for the mind body and soul.

For the past 11 years, Oakland-based LoCura has crafted their own unique musical identity: “Califas Mestizo Music,” a blend of Latin American and Iberian rhythms such as rumba, cumbia, salsa and flamenco influenced by punk rock, ska, rap, dub, reggae, dancehall with local and global lyrical themes. The band’s name (“it cures it”) reflects their ethos of making music a remedy, a theme which permeates lyrics such as “la cultura cura la locura (culture cures the madness).”

With three powerhouse women at the helm, their live shows are a soul-stirring punk-edged party mixing cajon-driven rhythms with mutilingual lyrics that reflect the unique intersection of cultures in the Bay Area. Ana Tijoux meets Manu Chao with a touch of Lhasa.

Spanish-American vocalist Kata Miletich, expanding on the group’s influences, notes “one big inspiration for the ways we consciously and unconsciously connect different music is this idea that styles and rhythms travel from Africa, Europe stretching across the Americas and mixing with indigenous sounds. Culture is alive in so many different ways, and shows up in different places to tell a story.”

LoCura has toured the U.S, Canada, Nicaragua, Mexico and Spain playing music festivals and sharing the stage with artists such as Bombino, La Cuneta Son Machin, Ziggy Marley, Beats Antique, Quetzal, and Nortec Collective. In the California Bay Area they have opened for Sergio Mendes, La Santa Cecilia, The Seshen & Bomba Estereo and have sold out The Great American Music Hall and The Independent in San Francisco. LoCura has released three full length albums and is currently writing and recording music for their fourth album

Out of an abundance of caution and for the continued safety of our guests, staff and musicians, we will now require negative PCR Covid test taken 48 hours or less prior to the show or proof of full vaccination.

Tickets: After completing your purchase on See Tickets, you will receive an email confirmation with your attached PDF ticket(s). You MUST print and bring your PDF tickets AND VALID PHOTO IDENTIFICATION to be admitted for the event. You may download the See Tickets app and show your ticket on your mobile device for entry in lieu of printing.

All General Admission Tickets are Standing Room with limited seating. (Unless otherwise noted)