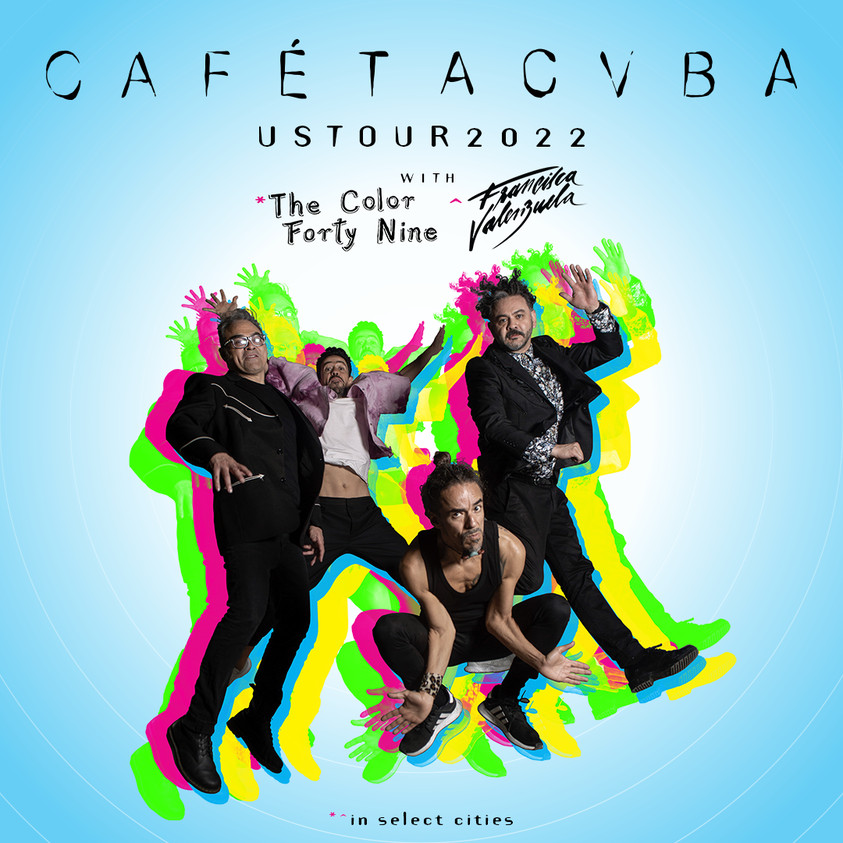 Grammy-winning Latin rock outfit Café Tacuba has been wowing audiences with their eclectic sound and adrenaline-fueled live shows ever since their self-titled 1992 debut album first made them superstars in their native Mexico. Since then the band has won over fans around the world with their dynamic blend of rock, electronica, and folk music traditions, becoming one of Mexico’s chief modern musical exports in the process. At their live shows the band delivers their celebratory music with energy to spare, amping the audience up with call-and-response vocals and dramatic builds and releases. Even though they sing exclusively in Spanish their catchy choruses and infectious rhythms transcend language, appealing to fans of all nationalities. Whether they’re encouraging ticket buyers to clap along to the anthemic “Los Pajaros” or busting out solos on exotic indigenous instruments, Café Tacuba always delivers high-energy sets that fuse wildly diverse sounds into one cohesive and unforgettable concert experience.

Café Tacuba formed in Mexico City in 1989 while singer Ruben Albarran and guitarist Jose Alfredo Rangel were studying graphic design at the city’s Metropolitan Autonomous University. The band’s early sound was heavily influenced by British new wave bands like The Cure and The Smiths, but soon they were incorporating Mexican and indigenous influences to represent their heritage. After performing mostly in garages in the suburban neighborhood of Satelite the group became a fixture of the burgeoning music and arts scene surrounding the Coyoacan area of Mexico City. Their self-titled 1992 debut album combined genres like punk, ska, and hip hop with regional Mexican styles like bolero and ranchera, spawning five popular singles and earning them a Premio Lo Nuestro award for Video of the Year (“Maria”). A string of successful albums followed including 2003’s Cuatro Caminos, which won a Grammy for Best Latin Rock/Alternative Album. In addition to their celebrated recordings the band is a touring juggernaut known for their explosive live performances, and they continue to impress every time they hit the road.