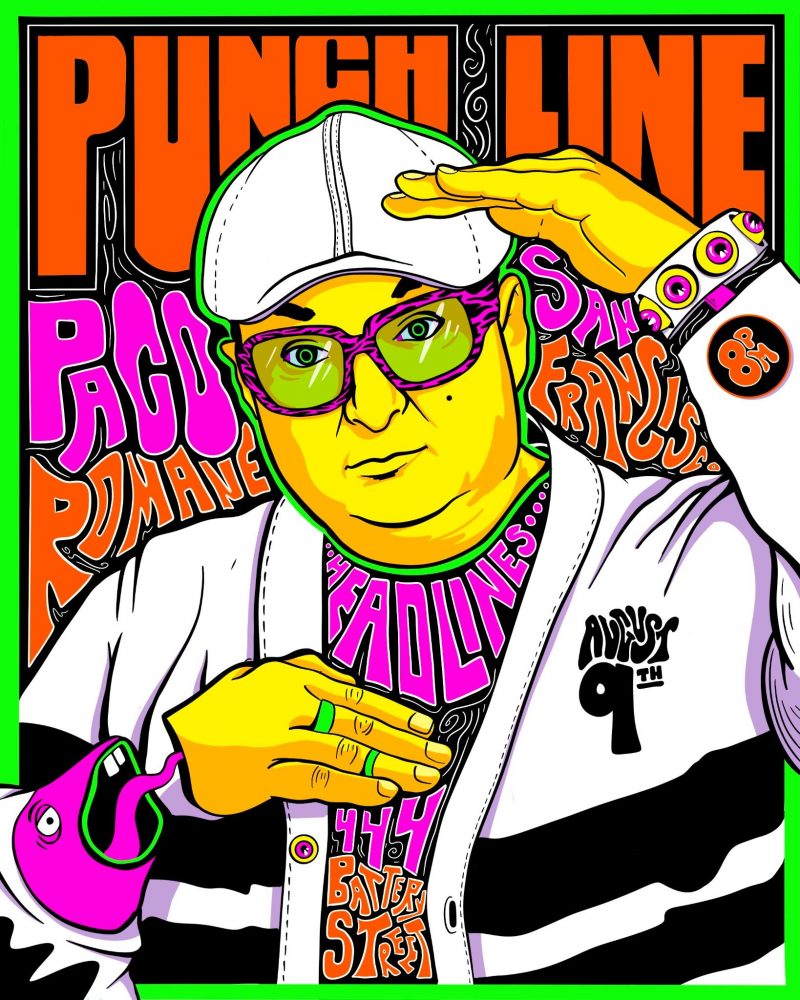 It’s gonna be a great show! This is a big deal for me and I would love to pack it out!

He has appeared on Comedy Central, NBC, Drunk History, HBO, Nickelodeon, NPR, and Funny or Die. Known as a versatile mash-up of everything comedic, Romane is a natural entertainer ready to riff on bad breakups, hard-to-believe true stories, or even poke fun at himself and his crazy movie-like life.

Digital Journal remarked, “to call Paco an original is no exaggeration” additionally, NPR added that he is at the “top of the comedy scene and keeps audiences riveted and coming back,” and The Onion’s AV Club called him “hilarious.” His work has led to many diverse gigs like working with hip-hop legend E-40 as Casey Kasem, shooting a commercial with (NBA Champion) Klay Thompson, being thrown out a window by Mr. T (not in the same ad), and appearing in numerous national commercials and films. As a voice-over artist, he was the voice of Pandora Radio and Roku and has recorded voices for Pixar movies, commercials, and video games. Spinning Platters called him “one of the greatest Bay Area comedians,” and he was twice voted The Bay Area’s Best Comedian.

He has performed numerously in SF Sketchfest and Outside Lands and with comedy legends like Robin Williams, Norm MacDonald, Ali Wong, Dana Gould, and many more. In 2015, Paco started Sup Doc, a recap documentary podcast with guests from the worlds of tv, film, music, and more. You can catch Paco performing in clubs and comedy festivals around the nation.

If you head to his show, prepare to be charmed by Romane and his easy-going, self-effacing ways, and remember he’s more scared of you than you are of him.

Doors open one hour before the show. This show is 18 & over with valid, government-issued photo ID. There is a two-drink minimum per person. Cameras and video/audio recording devices are not permitted. Reserved Premium Seating: $26 General Admission: $18 in advance, $20 day of show