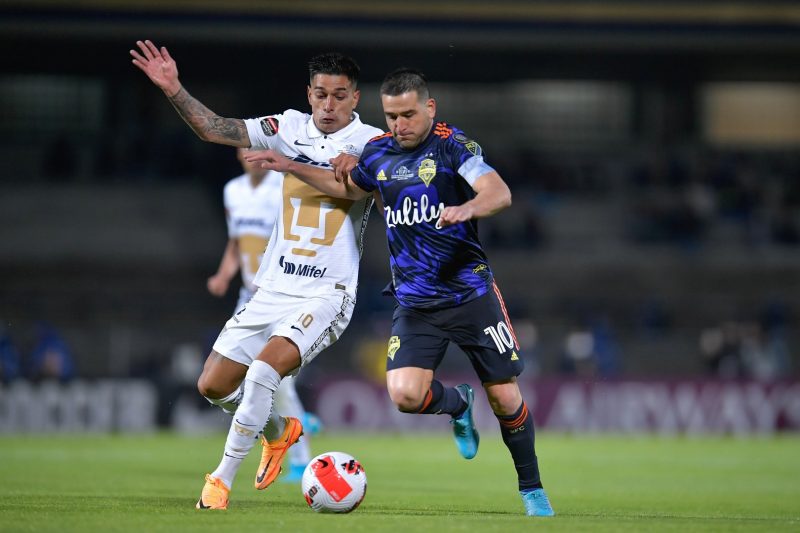 The winner of the competition represents Concacaf at the FIFA Club World Club, which is a tournament of continental champions from across the world.

A win would pit the Sounders against some of the best, most storied clubs in the world like all-time Club World Cup leaders Real Madrid and reigning champions Chelsea.

The two sides played to a thrilling 2-2 draw last Wednesday in the first leg in Mexico City in which Pumas FW Juan Dinenno scored a pair of goals and was matched by Seattle MF Nicolas Lodeiro, who tallied a pair of his own.

WHAT IT IS: The CCL is an annual continental club soccer competition. Concacaf, which stands for the Confederation of North, Central America and Caribbean Association Football, is one of FIFA’s six governing bodies.

HOW IT WORKS: There have been several versions of the tournament in the past, but the current iteration is a knockout round format consisting of 16 teams based upon domestic performance. There are nine teams from North America (four from the United States, four from Mexico and one from Canada), one team from the Caribbean and the final six from the Concacaf League, which is the region’s second division.

HISTORY ON THE LINE: No MLS team has ever won the modern version of CCL, with Liga MX teams winning every year since 2008. The Sounders are just the fifth MLS team to even reach the Final and can stake their claim as the first to put a Concacaf Champions League trophy in their already robust cabinet.

CHAMPIONSHIP SCENARIO: By virtue of the draw and the away goals tiebreaker not in effect in the two-legged final, the match in Seattle is essentially a one-match championship. An outright win for either team would capture the title and a draw would send the match to extra time with penalties awaiting if necessary.

ATTENDANCE RECORD: The Sounders expect to set the CCL attendance mark, surpassing 61,000 tickets sold already. The then-Montreal Impact had the previous record at Stade Olympique in 2015.