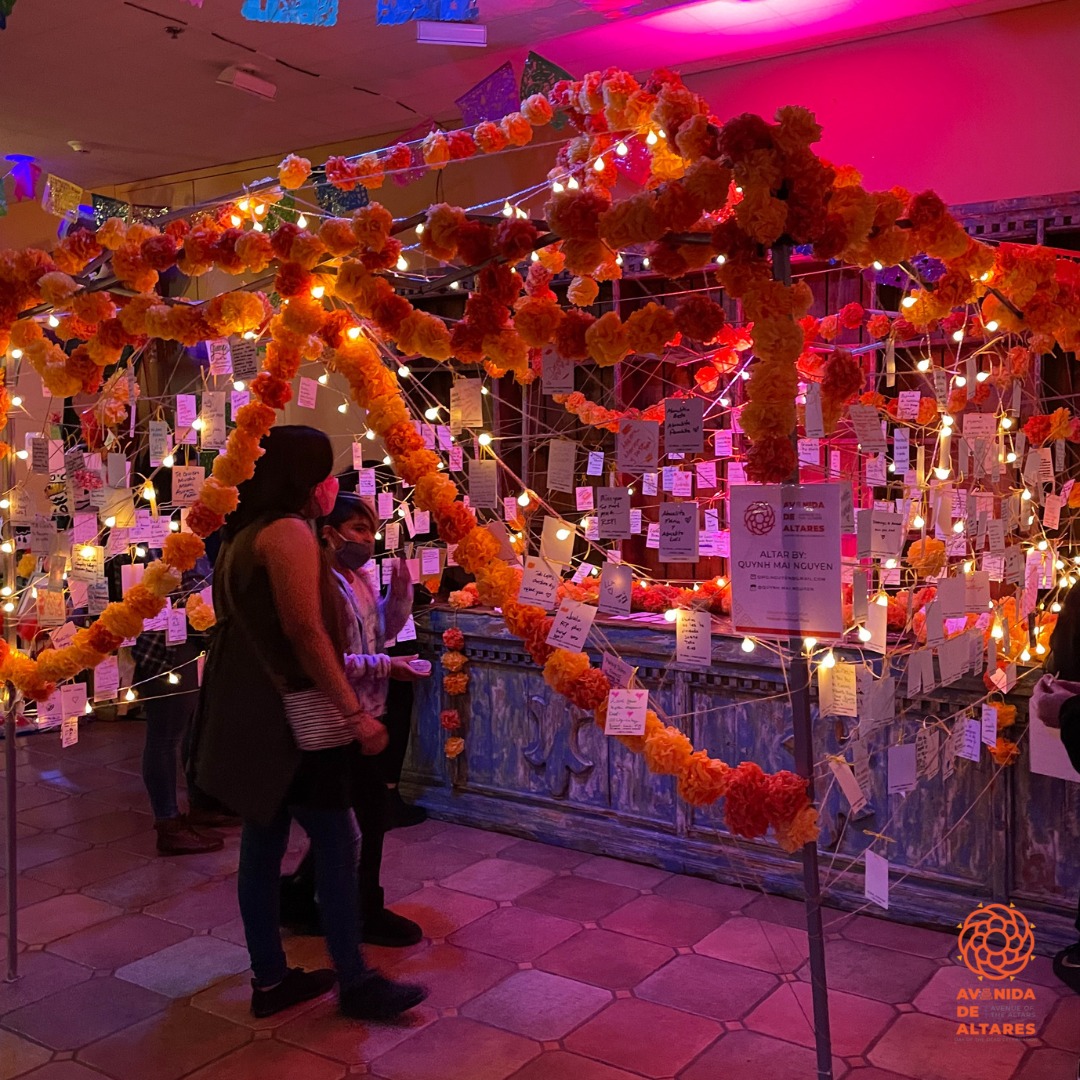 Day of the Dead event, Avenida de Altares, is on Saturday, October 29.

This year’s Avenida de Altares is an immersive experience featuring a beautifully curated altar walk, starting at the intersection of Alum Rock Avenue and King Road, and continuing to the entrance of Highway 101.

Live musicians, cultural performers, and guest artists will delight attendees of all ages on this unique art walk.

After taking in the cultural sights and sounds on the Avenue, community members can head into La Plaza for a wide variety of activities.

On Saturday, October 29, from 5:30 pm to 10:30 pm, La Plaza will host its sixth annual Avenida de Altares (Avenue of the Altars), a free cultural event celebrating Dia de Los Muertos (Day of the Dead) at the School of Arts & Culture at the Mexican Heritage Plaza (La Plaza).

Avenida de Altares is an immersive experience centering a curated altar walk, spanning from the intersection of Alum Rock Avenue and King Road all the way to the entrance of Highway 101, culminating inside the Plaza grounds.

Kicking off the event is San José’s own Calpulli Tonalehqueh performing a traditional Aztec ceremony.

Attendees of the annual festival will be able to take a stroll along Alum Rock Avenue to view beautiful altars along the route while enjoying pop-up performances by local DJs, traditional Mexican Folklorico dance, mariachi, and South American musical ensembles.

After taking in the cultural sights and sounds on the Avenue, community members can head into La Plaza for a wide variety of activities. There will be Day of the Dead-themed face painting, private tarot readings, local artisans and makers selling original creations, and a picturesque cemetery installation. Attendees can also visit La Plaza’s art gallery featuring the Afterlife exhibit curated and presented in partnership with Works San Jose that features local artists. Avenida de Altares will also feature traditional cuisine from Eastside vendors, including the rich and delicious flavors of pozole, atole, champurrado, churros, and much more.

Community members are encouraged to come dressed in Day of the Dead celebratory costumes which focus on commemorating the dead through traditional Mexican attire and calavera face painting. 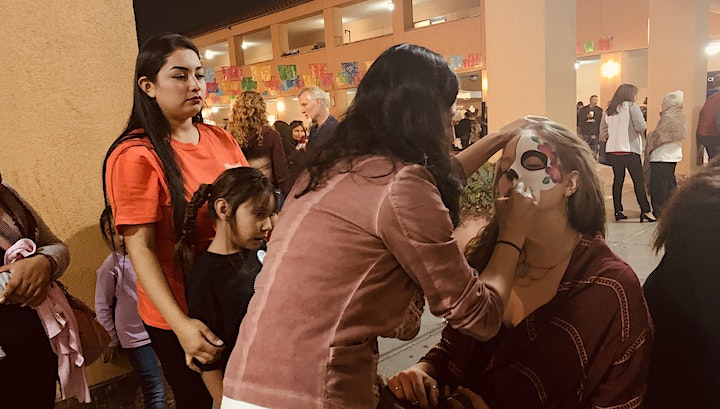 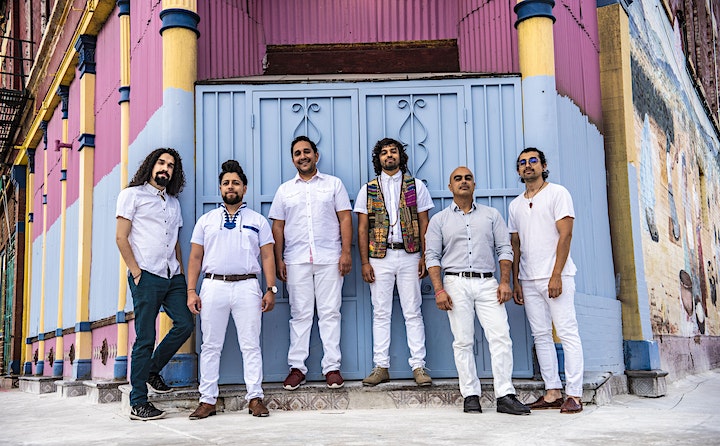 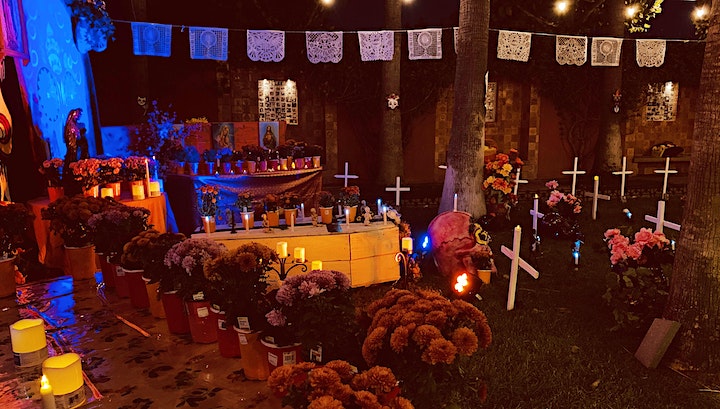 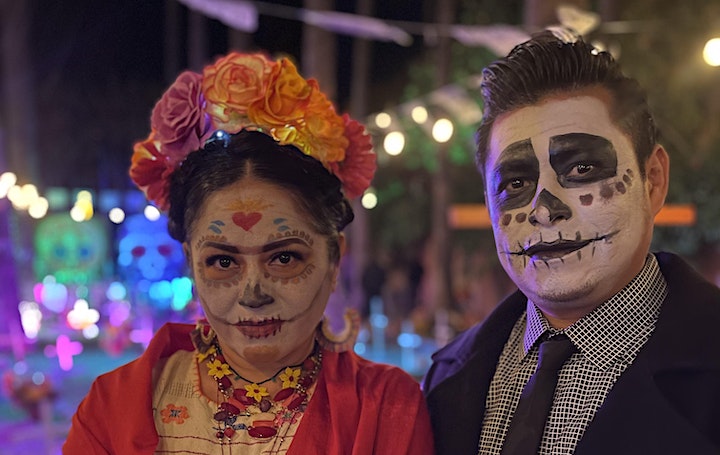