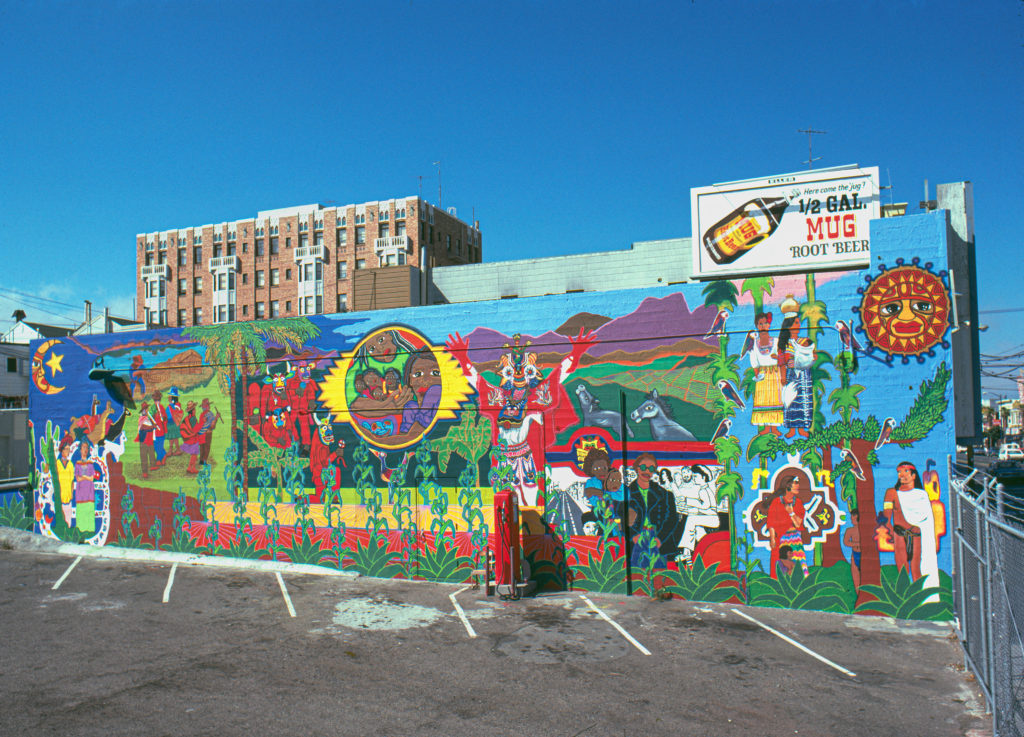 Proyecto Mission Murals emerges alongside SFMOMA’s exhibition Diego Rivera’s America, which features Rivera’s work in San Francisco during the 1930s and 1940s, including his Pan American Unity mural on loan from the City College of San Francisco, and illustrates his impact on subsequent generations of mural making in the Bay Area.

The Art of Murals is a two-day symposium addressing the politics and aesthetics of San Francisco’s vibrant mural-making movement from the 1970s to today.

It will contextualize the impact of murals in the Bay Area and beyond by bringing together the diverse perspectives of artists, activists, and scholars to explore pressing issues of identities, borders, migration, gender, labor, and gentrification.

Panel discussions, keynote presentations, and conversations will center on the evolution of mural technology and technique; the iconic locations and community arts organizations that have supported mural making in San Francisco; and the politics of resistance and civic and social justice that underscore artwork on the street in direct conversation with the public.

This symposium also addresses the role of artists who have radically transformed the relationship between art and public life and, in turn, how they may transform the institution of the museum.