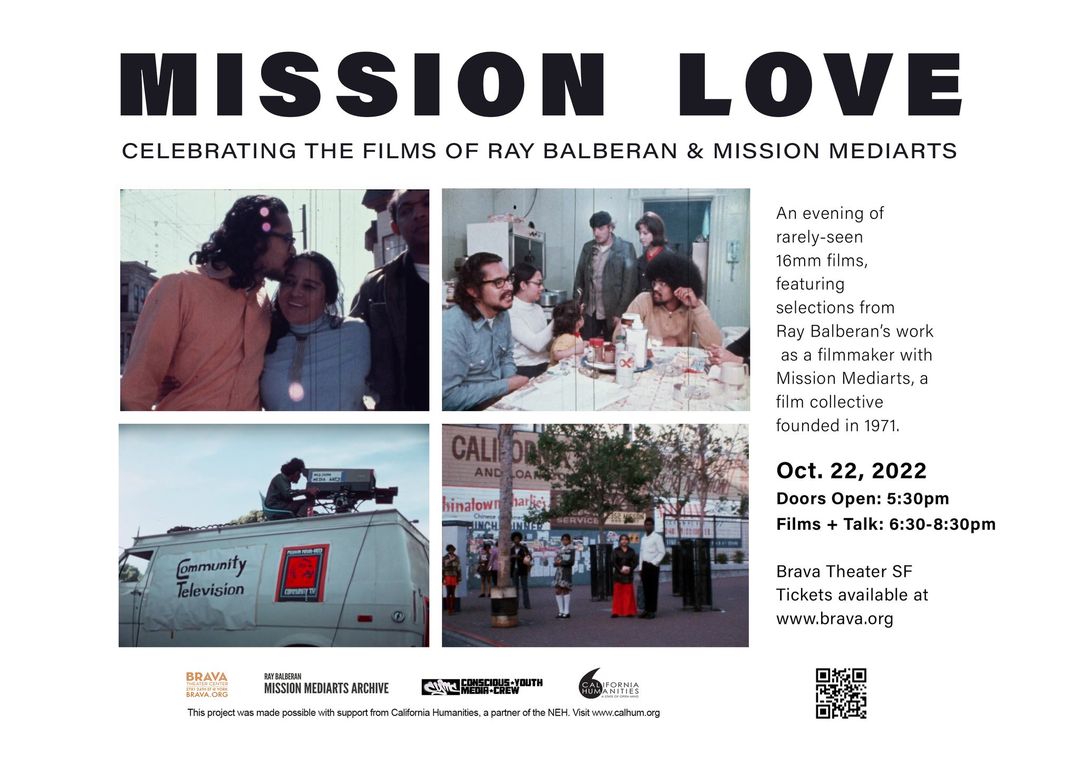 Come and show your Mission Love and support, and join us for a night of cinematic storytelling.

An evening of unique and rarely seen 16mm films featuring selections from Ray Balberan’s work as a filmmaker with the Mission Mediarts film collective founded in 1971.

A post screening discussion with Ray Balberan will be moderated by Jason Ferreira, from the Department of Race and Resistance at San Francisco State University’s College of Ethnic Studies.

See below all film descriptions.

About film and event!

A post screening discussion with Ray Balberan will be moderated by Jason Ferreira, from the Department of Race and Resistance at San Francisco State University’s College of Ethnic Studies.

Mission Mediarts was formed as a Mission District community-based youth media training program, made up of Indigenous, Latino, African American, and Asian-Pacific Islander students, artists, and working-class residents who documented their hopes, aspirations, and artistic, cultural, and political expression taking place in their neighborhood during the seventies and early eighties.

Mission Mediarts created community access to the airwaves along with resources and youth employment in the local television industry.

Come and show your Mission Love and support, and join us for a night of cinematic storytelling. 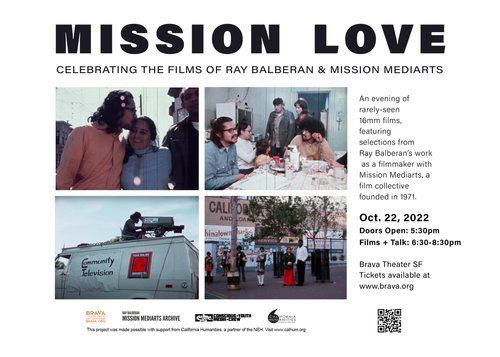 8:15pm – Moderated Discussion with Ray Balberan and Jason Ferreira of the SFSU Department of Race and Resistance Studies.

In the style of cinema verite, director Ray Balberan documented the beauty of his own Mission District family: the raw, observational scenes of mothers around the kitchen table telling stories about bringing up their families, bathing and feeding children, and sharing their views on current events, while the men played poker and talked about supporting their families and the struggles they encountered in the streets of San Francisco. The Family was broadcast nationally as part of a series about “Love” officially commissioned by PBS television.

Starting off as a protest against the war, Back on the Streets came together as a series of dreamlike images that portrayed a time of contradictions and hypocrisy, when young men came home from the war abroad to communities in the midst of the struggle for free speech and human rights. Imbued with a sense of surrealism, the film moves between space and time, from recreated moments of war on the battlefield to real life moments of war in their own Mission community where young people raised their voices and organized against police suppression and brutality. Back on the Streets also features well-known revolutionary Nicaraguan poet Roberto Vargas reading his poem “Blame it on the Reds”.

This documentary footage shows a community-based action organized by Mission Coalition Organization to protest the cancellation of the “Mission and 24th Street” program produced by Mission Mediarts on local public television. At the press conference, Mission Mediarts founder Ray Rivera speaks about the need for employment opportunities and community-based media programming that truly represented the perspectives of youth and people of color who were systematically excluded by the mainstream media.

Filmmaker, activist, and community leader, Ray Balberan is a lifelong advocate for youth rights and has documented the history of the Mission District for over five decades.