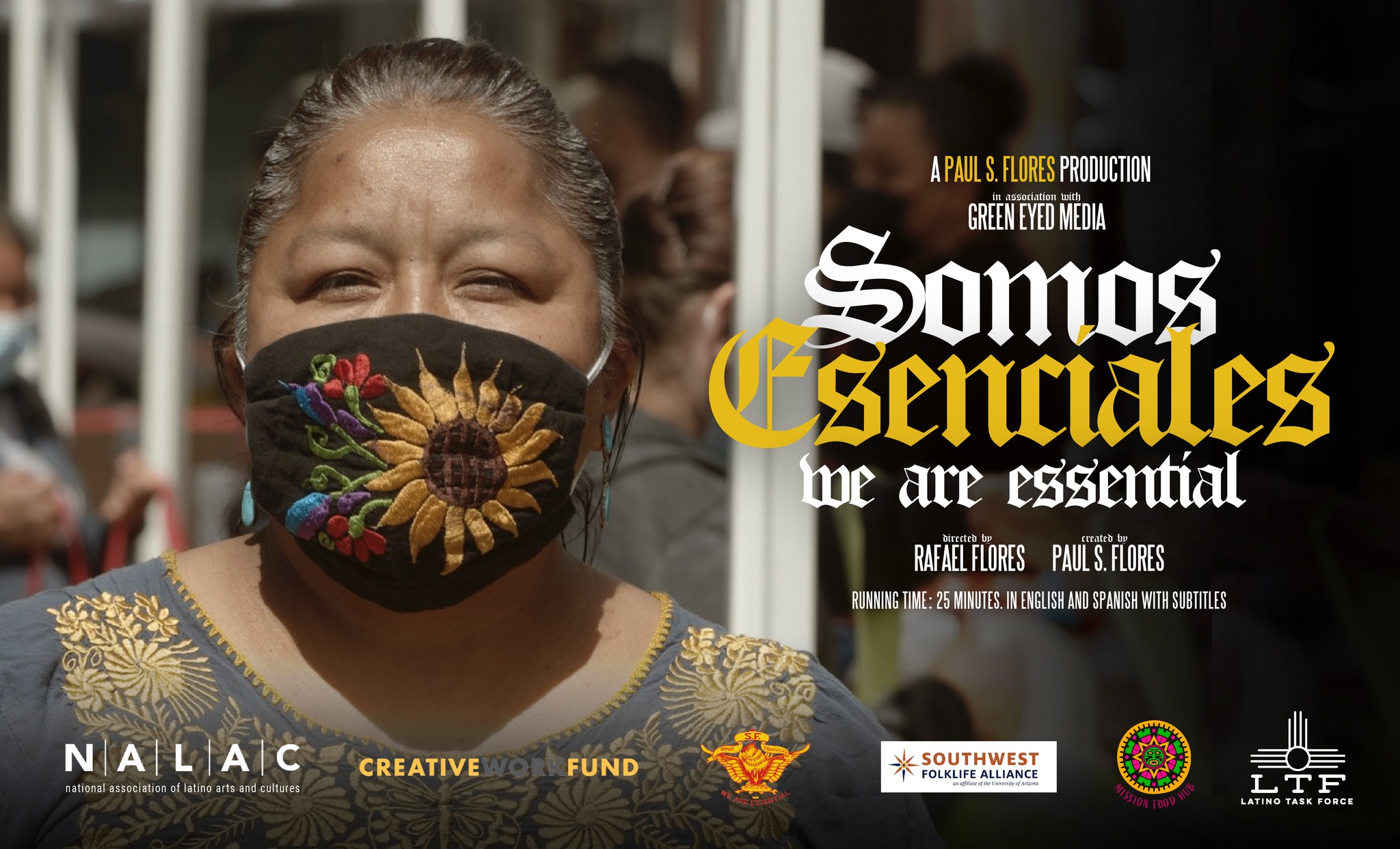 Experiences that lead to change- from organizing and advocating for members of our community to reconnecting to family and cultural identity- these local films will surely inspire you.

Both immigrant and native born volunteers at the Food Hub participated in an oral history project that examines the impact on mental health and lack of adequate services due to the COVID pandemic.

The film shows the resilience and self determination of the Latino community to respond to the COVID pandemic by relying on cultural practices such as food pathways, healing circles, lowriding, volunteering and arts practices to address the decline in mental health. Ultimately Somos Esenciales puts a face on who Essential Workers are in the Latino community by sharing what they have endured and also what they hope for in the future.

Running time: 25 minutes.
In English and Spanish with subtitles

Flores’s recent play “On The Hill: I Am Alex Nieto” brought San Francisco communities together divided by gentrification and police violence. As a San Francisco artist of Mexican and Cuban-American heritage, Flores has built a national reputation for interview-based theater integrating Latino and indigenous healing practices to tell the stories of real people impacted by immigration and systemic inequalities.

His comprehensive body of work touches on the immigrant story in all its complexities: from the violent—forced migration, gang life, war, incarceration and separated families—to intergenerational relationships and preserving important cultural values. Paul S. Flores is a Doris Duke Artist, a Creative Capital awardee, a MAP Fund winner, a PAR Fellow and recipient of the National Association of Latino Arts and Culture Catalyst for Change Grant.

Flores is the Co-founder of Green Eyed Media and Administrative Director for the Hidden GEM Creative Studios, an organization both based in Oakland, CA. His work has been praised by various institutions that include: The White House, The Grammy Foundation, The San Francisco Foundation,

Somos Esenciales is supported by The Creative Work Fund, Southwest Folklife Alliance, and National Association for Latino Arts and Culture.