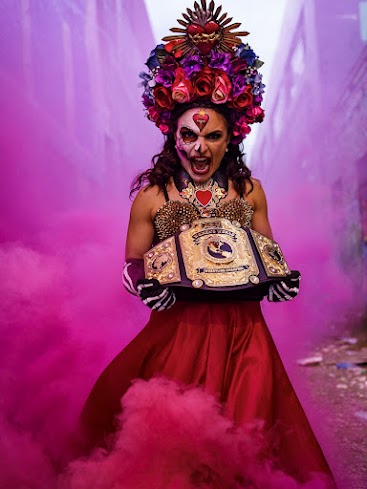 * Each attendee will receive one (1) raffle ticket for a chance to win an All Elite Wrestling (AEW) Unrivaled Collection action figure of Thunder Rosa!

It is a free event featuring Melissa Cervantes ’10 aka Thunder Rosa, the first ever Mexican-born woman to win a pro wrestling championship title at a major U.S. promotion.

The event is free to attend!

Hear about Melissa’s story, her experiences at UC Berkeley, and how she became the first Mexican-born woman to hold a title in a major U.S. wrestling promotion!