Los Cenzontles (The Mockingbirds), one of the most important musical and cultural groups that promote Mexican roots music in the U.S., present a new acoustic album of traditional Mexican songs titled “Alma Campirana” (Country Soul). 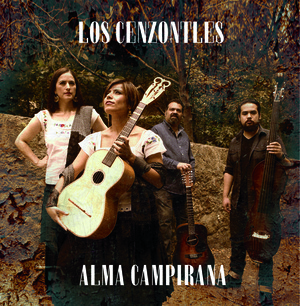 “Alma Campirana” marks the group’s first entire album of traditional music, performed here entirely by their core quartet, since releasing albums in a variety of cross-cultural collaborators that include David Hidalgo (Los Lobos), Jackson Browne, Ry Cooder & Taj Mahal, among others. The group has released 23 CDs, 3 documentaries and hundreds of digital video shorts to date.

The upcoming album, to be released October 13, is a marvelous collection of rancheras and corridos that are part of the popular musical experience, not only among Mexicans, but in all Latin American countries that share the rich culture of Mexico.

Singing legend Linda Ronstadt says of the new album “…like abuela’s meals, the songs of “Alma Campirana” are slow cooked, organic and healthy – way before we used those terms – nutritious and delicious.”

Los Cenzontles’ director Eugene Rodriguez explains, “We wanted to present the essence of these old songs using only voices and guitar.” Singer, instrumentalist and dancer Lucina Rodriguez adds, “The life style that created this country music in Mexico is disappearing. Fabiola (Trujillo) and I grew up with these songs. We hope that this album reignites memories and introduces new generations to the beauty and power of our traditions.” 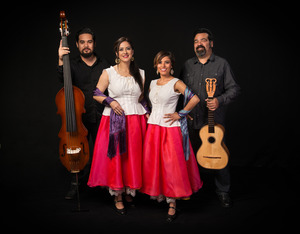 LOS CENZONTLES (THE MOCKINGBIRDS) MEXICAN ROOTS, CROSS CULTURAL, SONGS OF CONSCIENCE
Los Cenzontles is a group of musicians and dancers that digs deeply into their Mexican cultural roots to promote tradition, pride and cultural awareness. Through research, performance, media production and collaborations, the group has played a leading role in the roots revival in the US and Mexico since 1989.

Los Cenzontles perform rancheras, boleros and many varieties of Mexican son including those from the traditional mariachi of Jalisco, pirekuas of Indigenous Michoacan and son Jarocho of Veracruz. The group also composes new music in traditional and cross-cultural styles that promote socially conscious messages of cultural awareness.
Los Cenzontles core members teach new generations of tradition bearers at their award winning cultural academy. They have released 23 CDs, three full-length documentaries and hundreds of digital videos.