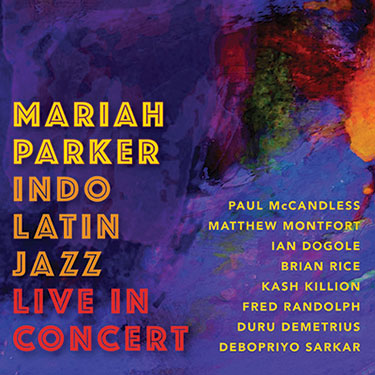 In 2009, Mariah Parker launched her Indo Latin Jazz Ensemble with a sold-out debut concert at Yoshi’s in Oakland, California. Mariah’s new release for AncientFuture.com records, “Indo Latin Jazz Live in Concert,” captures the magic of that first performance, as well as subsequent Northern California concerts at the Freight & Salvage in Berkeley, the Throckmorton Theater in Mill Valley and a studio session at Bob Weir’s TRI Studios in San Rafael. These multi-track live recordings were painstakingly mixed and mastered over a seven-year period by veteran Ancient Future producer Matthew Montfort. Indo Latin Jazz Live in Concert is a follow-up recording to Sangria, Mariah’s debut CD, which received airplay on over 468 New World, Jazz, and Latin radio programs, and earned over 365 reviews and media placements, including two songs that ascended to the Smooth Jazz Now Top 100 Songs of 2009 Chart.

“Parker, who holds a degree in music from UC Santa Cruz, wrote the eight instrumental compositions on this exquisite collection of pieces that fuse Latin rhythms with influences from South America and India with a dash of straight-up American jazz. It’s an intoxicating blend of East and West performed by musicians of astounding virtuosity. Like all the best jazz bands, this group is as disciplined as it is innovative, stopping on a dime when the composition calls for it and soaring into gorgeous landscapes of free association the next moment that are as pleasing as they are adventurous. This is sophisticated stuff, an album of global fusion performed by a group with character, charisma and the confidence that comes across when world-class musicians at the top of their games come together and create magic in the here and now of a live performance.” — Marin Independent Journal 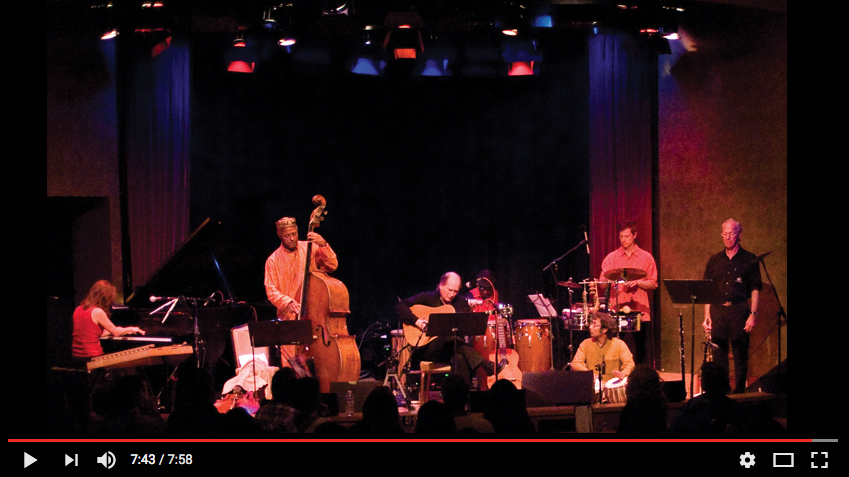 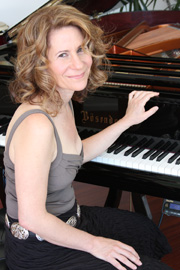 Mariah Parker  has been playing music from the time she could reach the keys on the grand piano in her family home. While completing her degree in music at UC Santa Cruz, she worked with ethnomusicologist Fred Lieberman and drummer Mickey Hart on the “Planet Drum” project and became fascinated with the possibilities of bridging musical concepts from different traditions. She has performed her original compositions in festivals in the US and Europe. A gifted composer and band leader, she released her first solo recording of her compositions, “Sangria,” in February of 2009. This release received extensive airplay and critical acclaim worldwide. 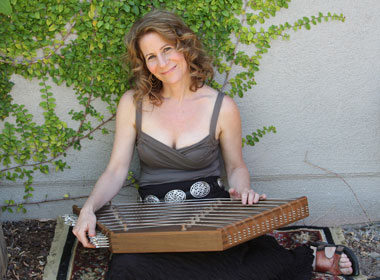 Mariah Parker with santur (a Persian manual ancestor to the mechanical piano).

Matthew Montfort (Scalloped Fretboard Guitar)
Recently recognized as one of the world’s 100 Greatest Acoustic Guitarists, Montfort is a pioneer of the scalloped fretboard guitar and the leader of the seminal world fusion music ensemble Ancient Future. He has performed concerts world wide, including at the Festival Internacional de la Guitarra on the golden coast of Spain near Barcelona and the Mumbai Festival at the Gateway of India in Bombay.

Paul McCandless (Reed Virtuoso)
During a distinguished career spanning three decades, Grammy-winning woodwind virtuoso Paul McCandless has brought a soaring lyricism to his playing and composing that has been integral to the ensemble sound of two seminal world music bands, the original Paul Winter Consort and the relentlessly innovative quartet, Oregon. A gifted multi-instrumentalist, McCandless has specialized in an unusually broad palette of single and double reed instruments that reflect his grounding in both classical and jazz disciplines.

Brian Rice (Latin Percussion)
Brian Rice is a highly acclaimed musician specializing in Latin, Afro-Cuban, and Brazilian percussion who performs with acts such as Mike Marshall with Choro Famoso and the Antionio Calogero Quartet featuring Paul McCandless and Mike Manring.