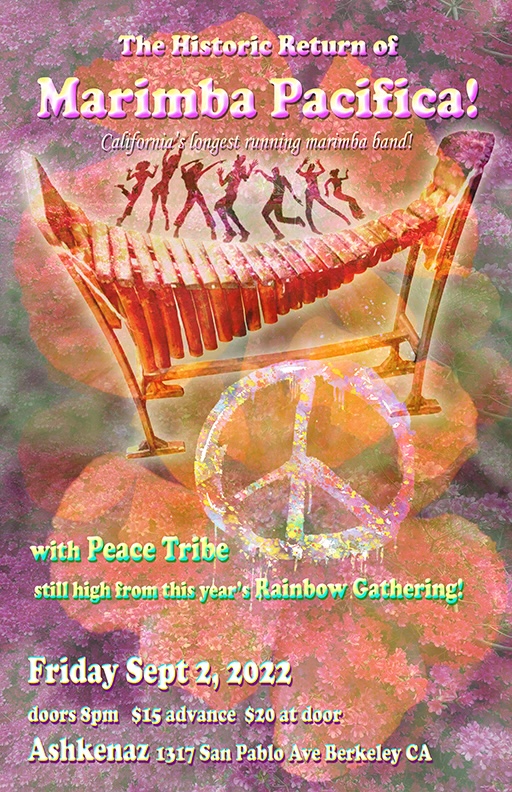 The one thing that connects the various styles of California’s oldest marimba ensemble, Marimba Pacifica, is that they all are happy styles. With handcrafted marimbas, the ensemble plays music from around the world: Latin and African dance music, reggae and jazz, and songs to the Goddesses. Launched in 1988 by Hadley Louden, Marimba Pacifica has visited Ashkenaz at least 10 times in the 28 years since.

Bay Area-based Peace Tribe is a world music band with conscious lyrics and uplifting dance beats led by Hawaii’s Jaris Dreaming. Dreaming has been performing since the 1960s in various bands around North America and Europe. Peace Tribe is his latest project, formed a few years ago.