Giovani dos Santos and Mexico will take on Honduras in a 2018 FIFA World Cup qualifier in Mexico City on Thursday.

El Tri will play host to Honduras on Thursday before taking on the United States at the Estadio Azteca three days later.

Right now, Mexico is in great position having won four of their last five matches.

However, Honduras have gone three games without a win and were thumped 6-0 by the United States in March. However, they are not out of it yet, and remain only three points off second place. A win would be a shock, with Jorge Luis Pinto’s side ranked 69th in the world, per FIFA.

Carlos Vela was in fine form against Ireland and will hope to maintain that against Honduras. The winger was at his creative best in the friendly and will pose problems if he isn’t tightly monitored.

His ability on the ball, coupled with a willingness to take risks, may be needed to break down a Honduras defence that will surely be out to tighten up after a big defeat last time on their travels.

Vela can also hurt teams with his movement and positioning. He has a knack for scoring important goals, and was on target last time out, meaning Honduras’ defence will need to pay special attention to his whereabouts. 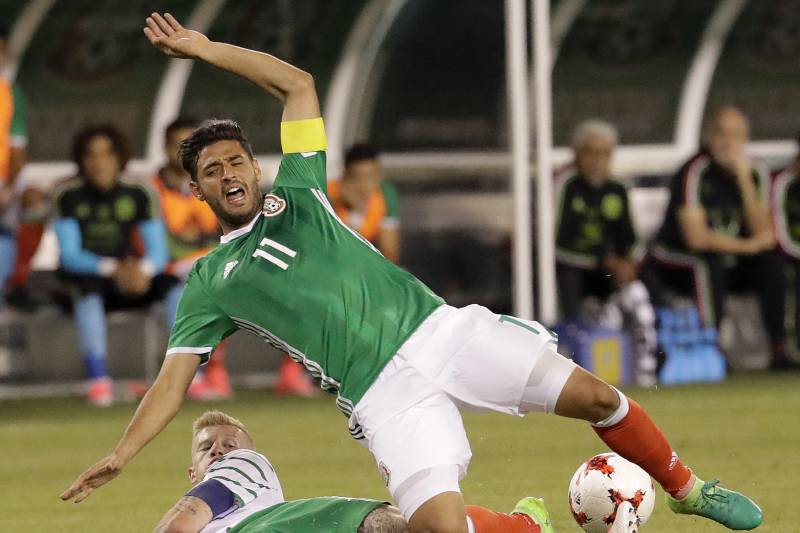 Javier Hernandez is now Mexico’s all-time leading goalscorer and has been described by Osorio as, “one of the best finishers in the world,” per BBC Sport.

Rested for the clash against Ireland, he has the pace, positioning and clinical finishing to punish a Honduras defence that has conceded nine goals in just four games.

Standing in Hernandez’s way will be goalkeeper Donis Escober, who conceded six on his last World Cup qualifier away from home, and will surely not want a repeat against El Tri.

Mexico have real quality in their squad, and with Vela, Hernandez and Corona have the attacking power to really hurt Honduras. Momentum is also with El Tri, who have dropped points just once in qualifying so far, and they look to have too much for the visitors.