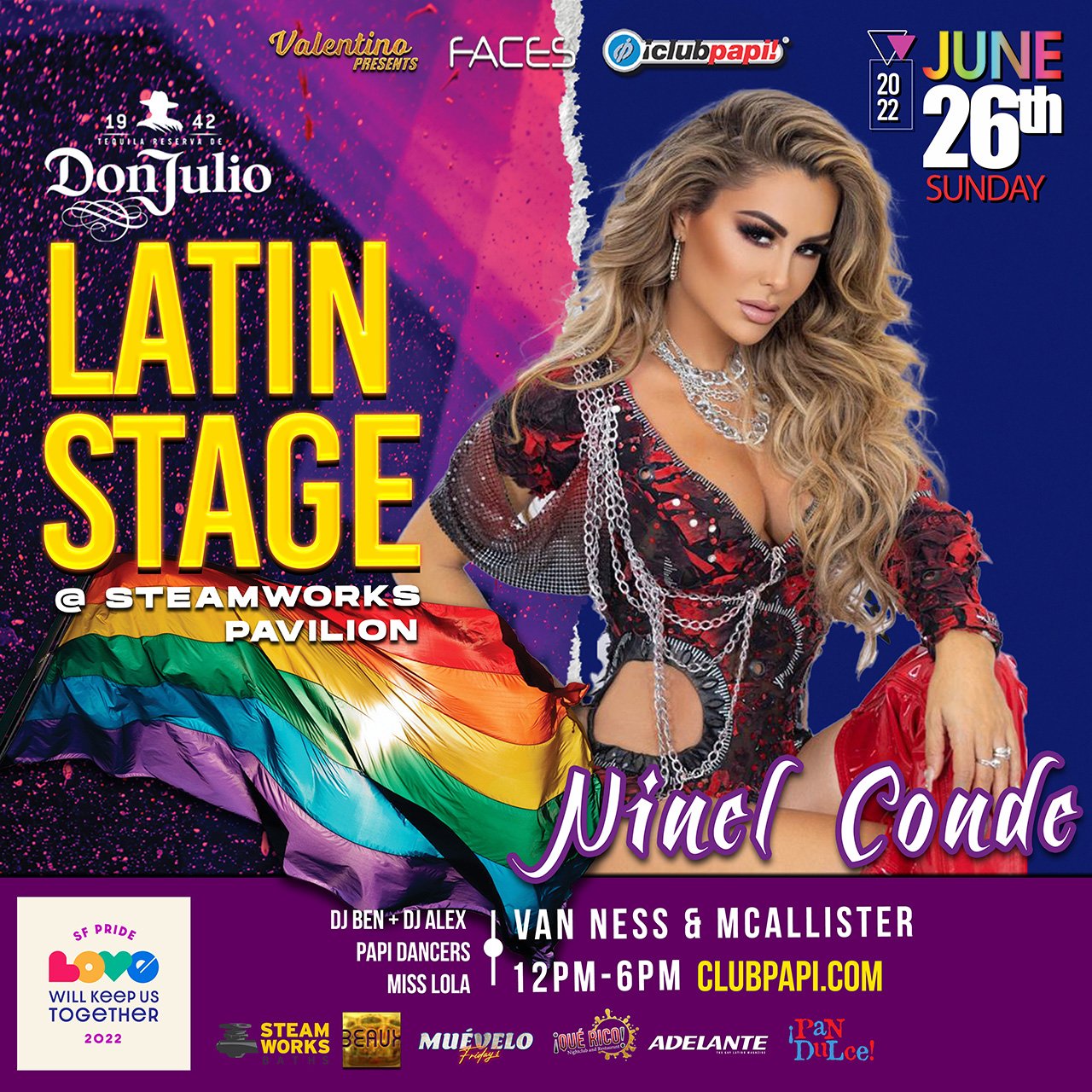 It is with great honor that we announce NINEL CONDE has confirmed to join San Francisco Gay Pride’s DON JULIO LATIN STAGE on Sunday, June 26th.

Previously we announced LAURA LEON has the headliner for the Latin Stage, but due to the delay
in processing the work VISA for Laura, it was decided to reschedule her Pride appearance for another year, instead of risking that her approved Visa paperwork would arrive in time for her to travel to USA. We look forward to welcoming LAURA at a future GAY PRIDE event with CLUB PAPI & VALENTINO PRESENTS.