Join us for a conversation with!

Join us for Aztec dancers at 1 p.m.

The special panel discussion featuring Dolores Huerta begins at 2 p.m. at the Wheeler Center in Gilroy (next to the Gilroy Library). Film director and actor Luis Valdez and educator and author Francisco Jiménez will join her to discuss the topics of hardship and resiliency.

Free and open to the public. Spanish translation will be available.

Register to reserve your spot here! 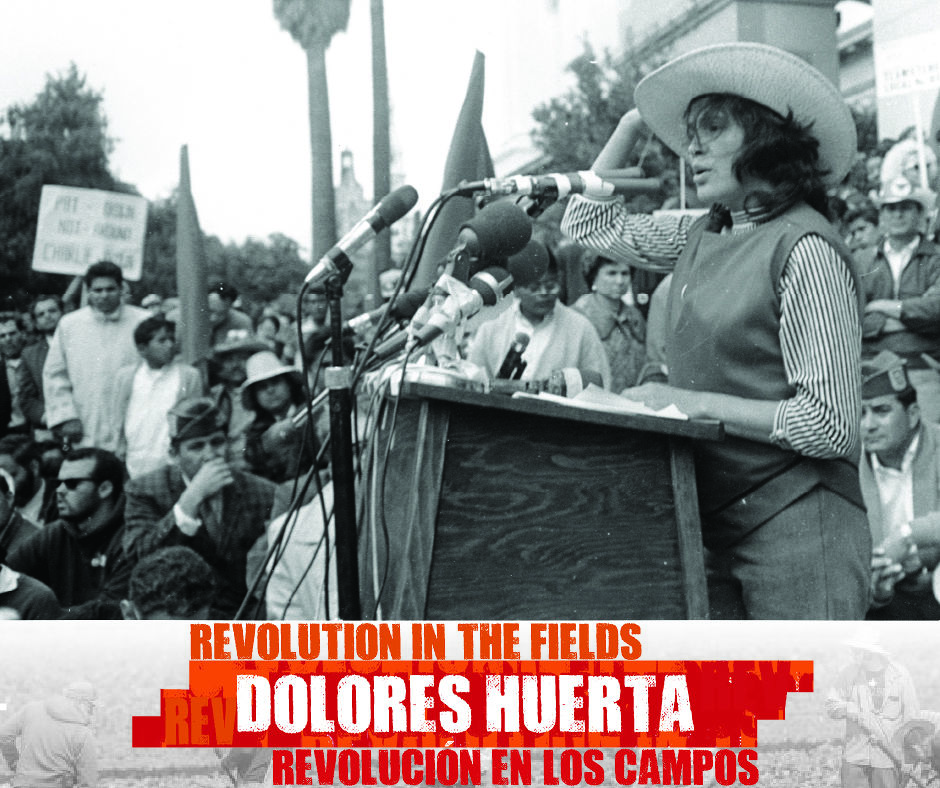 Dolores Clara Fernandez was born on April 10, 1930 in Dawson, a mining town in the mountains of New Mexico. Her father Juan Fernández, a farm worker and miner by trade, was a union activist who ran for political office and won a seat in the New Mexico legislature in 1938. Her mother, Alicia Chavez was an independent business woman. She owned and ran a 70 room hotel. Dolores spent most of her childhood and early adult life in Stockton, California where she and her two brothers moved with their mother, following their parents’ divorce.

Huerta was married twice and had a long term relationship with Richard Chavez, the brother of César. She has 11 children and many grand and great-grandchildren. Most of her children have dedicated themselves to public service.

She has received many other awards including Mexico’s Order of the Aztec Eagle Award (the highest decoration awarded by the Mexican Government to foreign nationals), the James Smithson Award from the Smithsonian Institution, the Icons of the American Civil Rights Movement Award, bestowed to her in 2011 by the National Civil Rights Museum. Huerta is a U. S. Department of Labor Hall of Honor inductee and she was the first Latina inducted into the National Women’s Hall of Fame. She is a former UC Regent and has earned honorary doctorates from universities throughout the United States.