Since his 2010 debut, Dominican American crooner Prince Royce has become a permanent fixture at the top of the Billboard Tropical and Latin charts.

Born in 1989 in the Bronx, Royce started writing songs in his early teens, ultimately settling on bachata, an Afro Latino style of music popularized in the Dominican Republic, as his genre of choice. His self-titled 2010 debut and 2012 follow-up Phase II were both hugely successful, earning him Latin Grammy nominations for Best Tropical Album and Best Tropical Fusion album respectively. On tour in 2013, Prince Royce has been wowing ticket buyers with his refreshing modern take on classic genres, earning him a reputation as one of Latin music’s best live concerts. 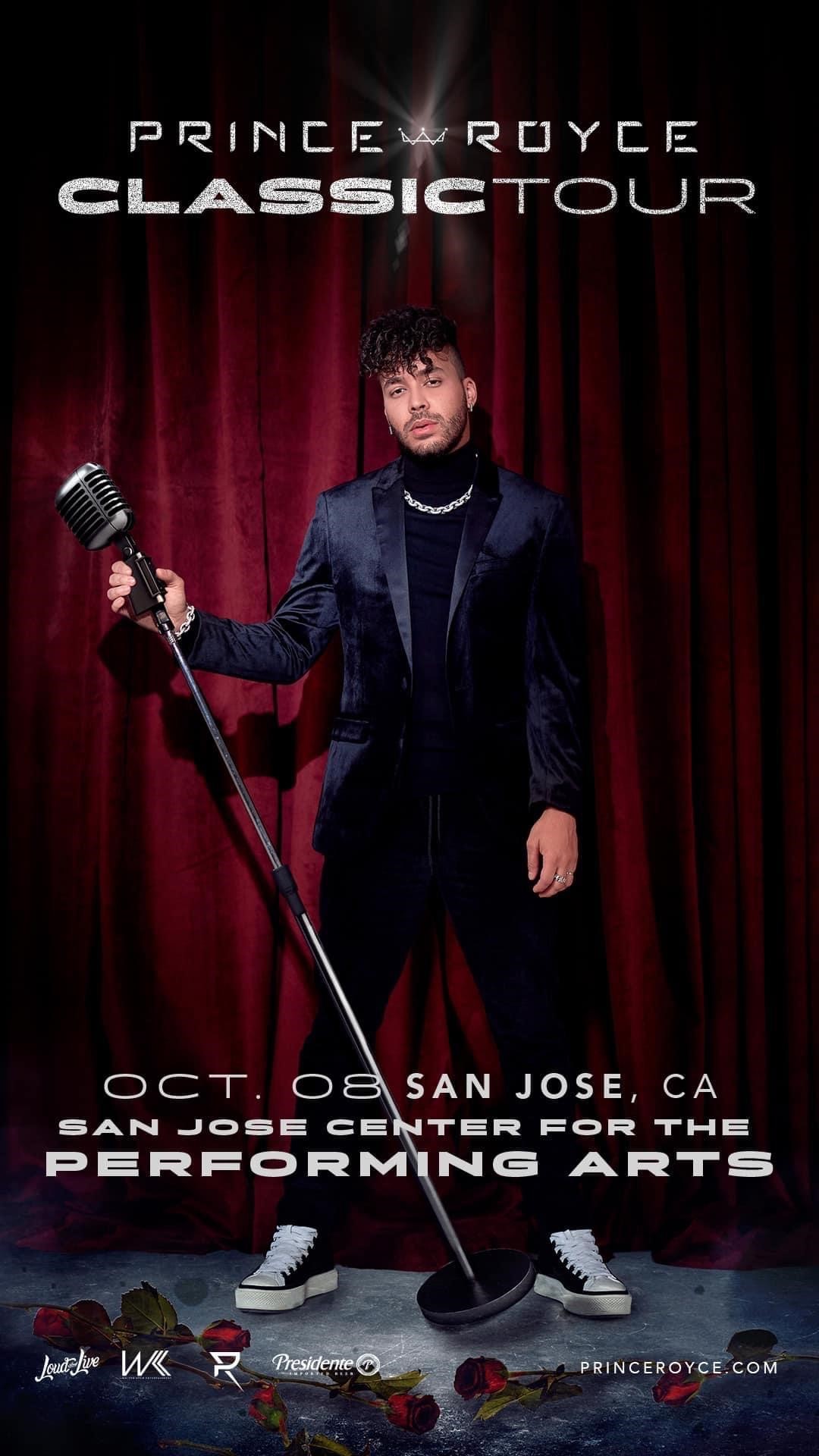