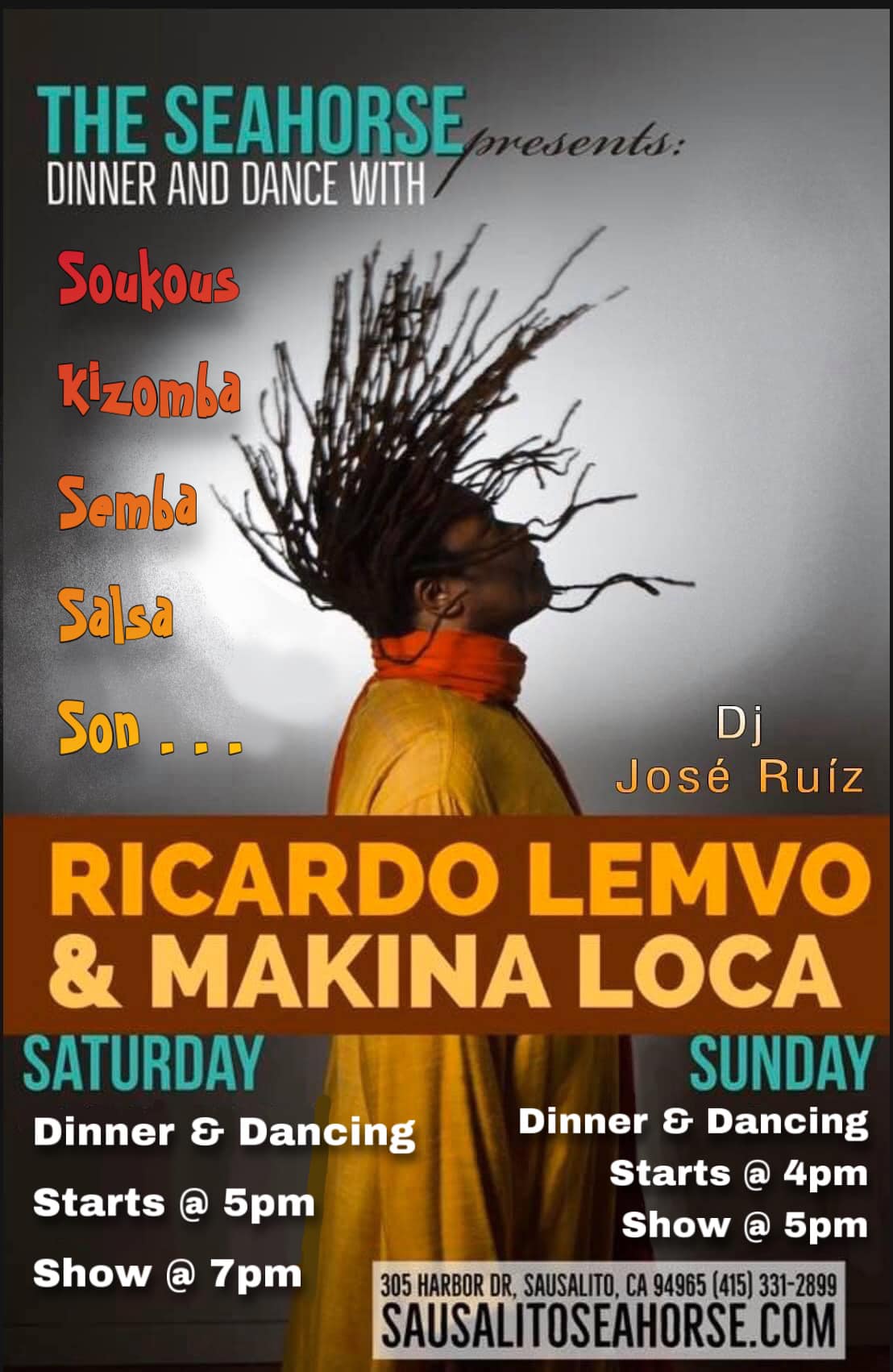 Ricardo Lemvo has established himself as a pioneer with his innovative music. Lemvo’s blend of Afro-Cuban rhythms with pan-African styles (soukous, Angolan semba and kizomba) has been described by the Los Angeles Times as “seamless and infectious.”

Lemvo hails from São Salvador Do Congo (M’Banza-Kongo), Zaire in Northern Angola. He grew up in Congo-Kinshasa where he was introduced to Cuban music by a cousin who owned a large collection of vintage Cuban LPs. Lemvo came to the US more than 30 years ago to pursue a law degree but ended up devoting his life to music

Lemvo is the embodiment of the Afro-Latin Diaspora which connects back to Mother Africa via the Cuban clave rhythm. He is truly multi-cultural and equally at home singing in Spanish, Portuguese, Kimbundu, Turkish, Lingala, and Kikongo.

Since forming his Los Angeles-based band Makina Loca in 1990, Lemvo has refined his craft and vision, raising his joyous voice with strength, singing songs that celebrate life, and most importantly, inspiring his audiences to let loose and dance away their worries.

Through the years, Lemvo has performed countless shows in many festivals, night clubs, and Performing Art Centers throughout Europe, the Americas, Africa, and Australia. Giving him the ultimate form of respect, his songs have been performed and recorded by such artists as Colombia’s Joe Arroyo, Orquesta Revé from Cuba, and the Russian band, Tres Muchachos.

In film, Ricardo Lemvo & Makina Loca appeared in the 1998 movie Dance With Me starring Vanessa Williams and Chayanne.

Ricardo Lemvo leaves an indelible impression with any and all who hear his music or see him perform. Come this weekend and enjoy a memorable night of fun music, dance, food, drinks and great vibes with our Bay Area Community.