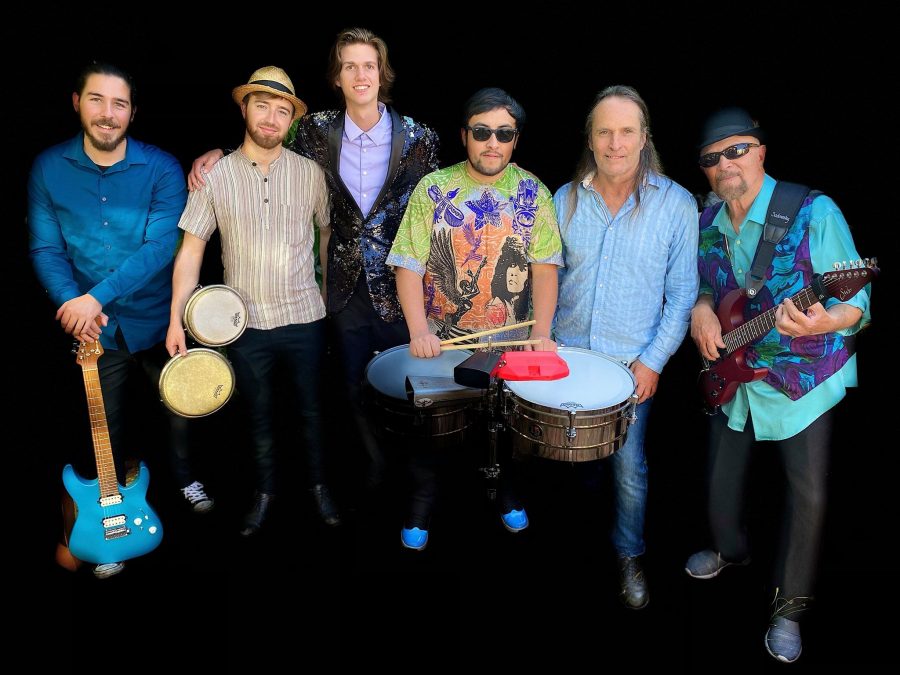 Santa Cruz Latin Collective: is a dynamic and energetic 10-piece band from Santa Cruz specializing in both modern and traditional Latin music and rhythms, influenced by Santana, Malo, Sapo, Fania All Stars, Eddie Palmieri and many other great artists who have come before us.

Santa Cruz Latin Collective: was founded in 2021 by Timbalero Jimmy Palafox and local Latin legend Oscar Estrella, with a vision of bringing together a group of positive youthful energy and talented professional musicianship.

Jimmy is a native of Santa Cruz and founder of local rock band, the New Horizons. Oscar emigrated from his native Cuba in his teens to grow up in the Mission District of San Francisco, where he took up the guitar and became part of the Latin Rock movement. He was a member of the seminal Latin Rock band SAPO and currently plays guitar with Latin legends MALO founded by Carlos Santana’s younger brother and Arcelio Garcia.

Santa Cruz Latin Collective: presents a dynamic, fun and energetic performance guaranteed to grab any crowd’s attention and appeal to a diverse group of music lovers and dancers.