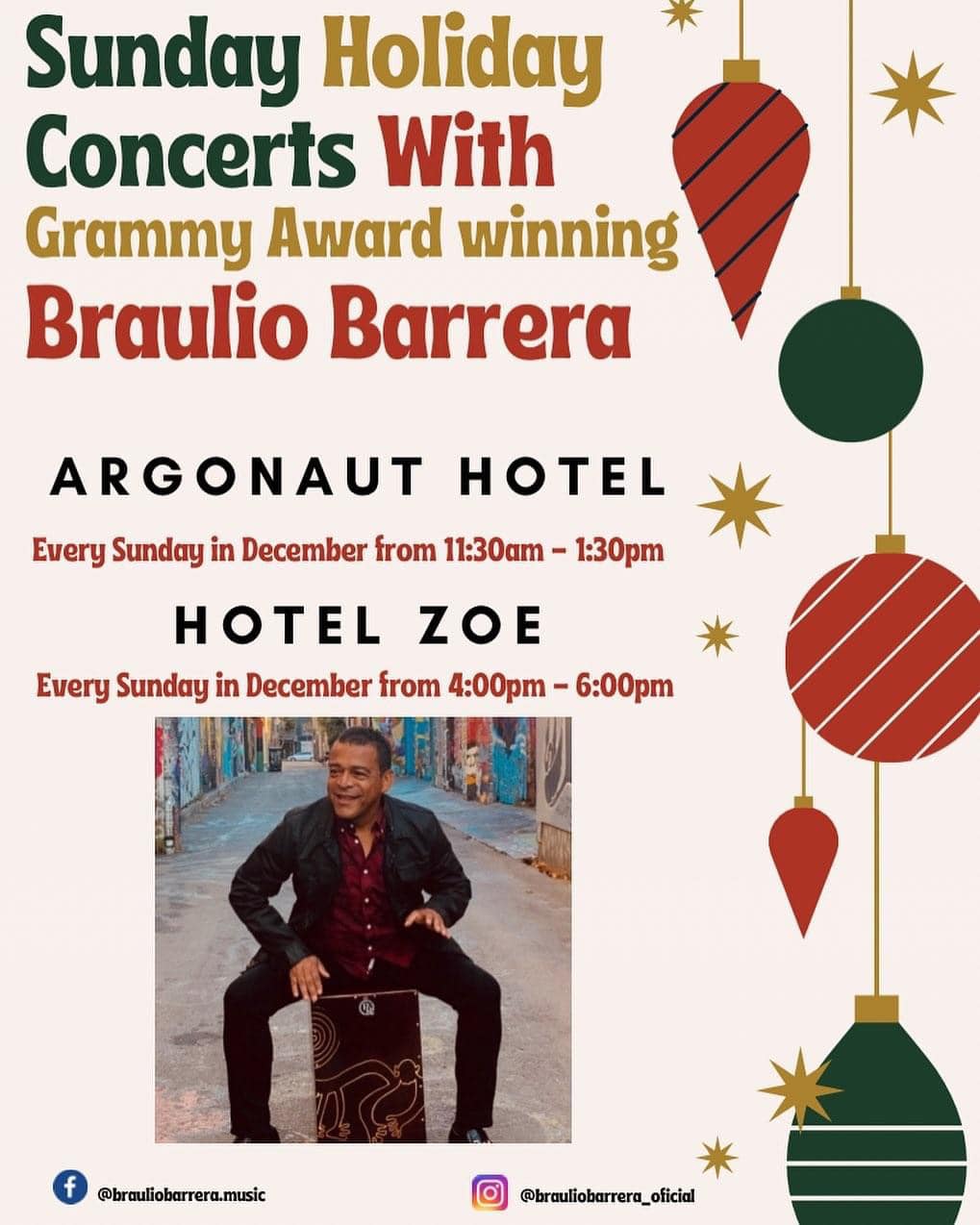 Come join me for Sunday Holiday live music every Sunday in December!

With Erick Peralta and David Pinto.