The Romeros, guitars by SF Performances 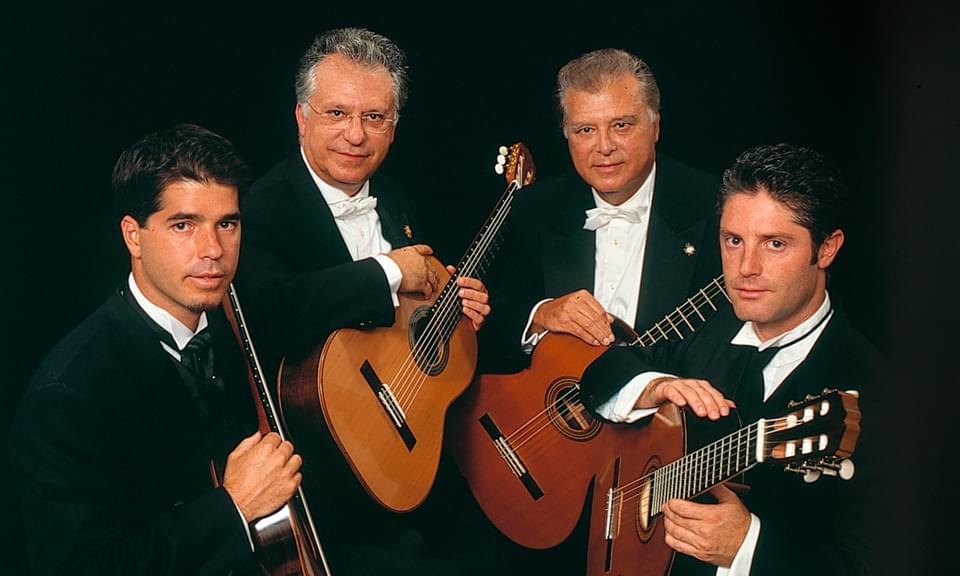 Celin, Pepe, Celino and Lito Romero-members of the “Royal Family of the Guitar”-celebrate an astonishing 60th anniversary milestone. If you love classical guitar, chances are you have the prolific and peripatetic Romeros to thank for its popularity.

The illustrious career of The Romeros is unmistakably a milestone of twentieth century music. Celedonio Romero, with his sons Celin, Pepe and Angel, founded the internationally renowned ensemble known to millions as “The Royal Family of the Guitar.” With the introduction of Celin’s son, Celino, into the quartet in 1990, and Angel’s son Lito joining in 1996, the Romeros encompass three generations of concert artists. To have so many virtuosi of the same instrument in one family is unique in the music world, and in the realm of the classical guitar it is absolutely without precedent.

Since the Romero family came to the United States in 1957, they have consistently dazzled audiences everywhere and have inspired enthusiastic praise from critics coast to coast. The Romeros have given thousands of concerts all over the world; today, they continue to produce music which is extraordinary. Whether performing as a quartet, duo or as soloists in recital and with symphony orchestra, the Romeros prevail as champions in the realm of classical guitar.

The program will include: