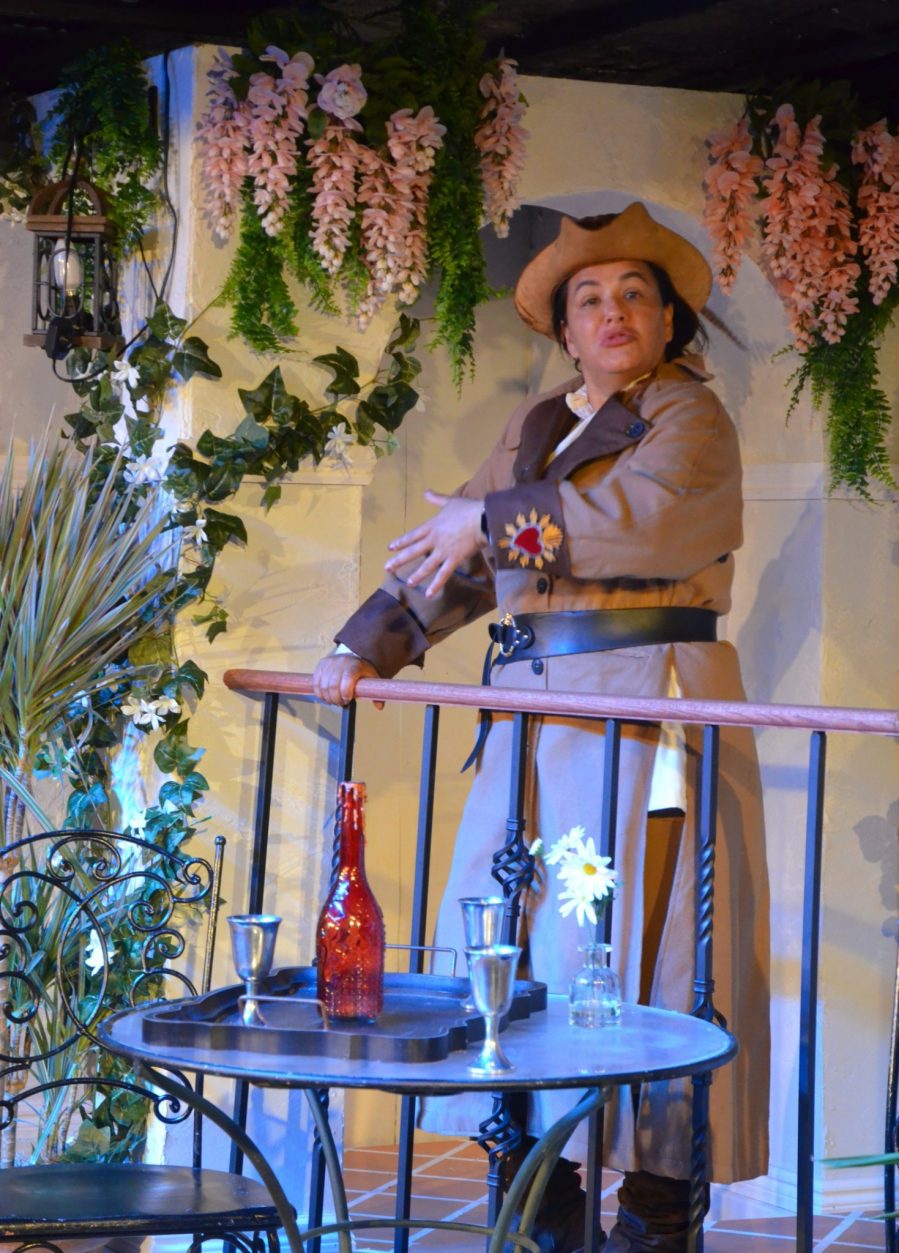 It was first performed on October 4, 1683, during the birthday celebrations held for the first-born child of the Viceroy Count of Paredes.

The tale centers around two couples pining to be together but are prevented from doing so by uncontrollable circumstances. This comedy of intrigue is deemed one of the most famous works from late-Baroque Spanish-American literature. It has the unique characteristic of having the leading lady be a nun, of whom is strong-willed, determined and openly expresses her frustrated wants and desires.

Those Women Productions practices Radical Hospitality: the suggested price for tickets is $35 but all tickets for all shows are choose your own price with no minimum. 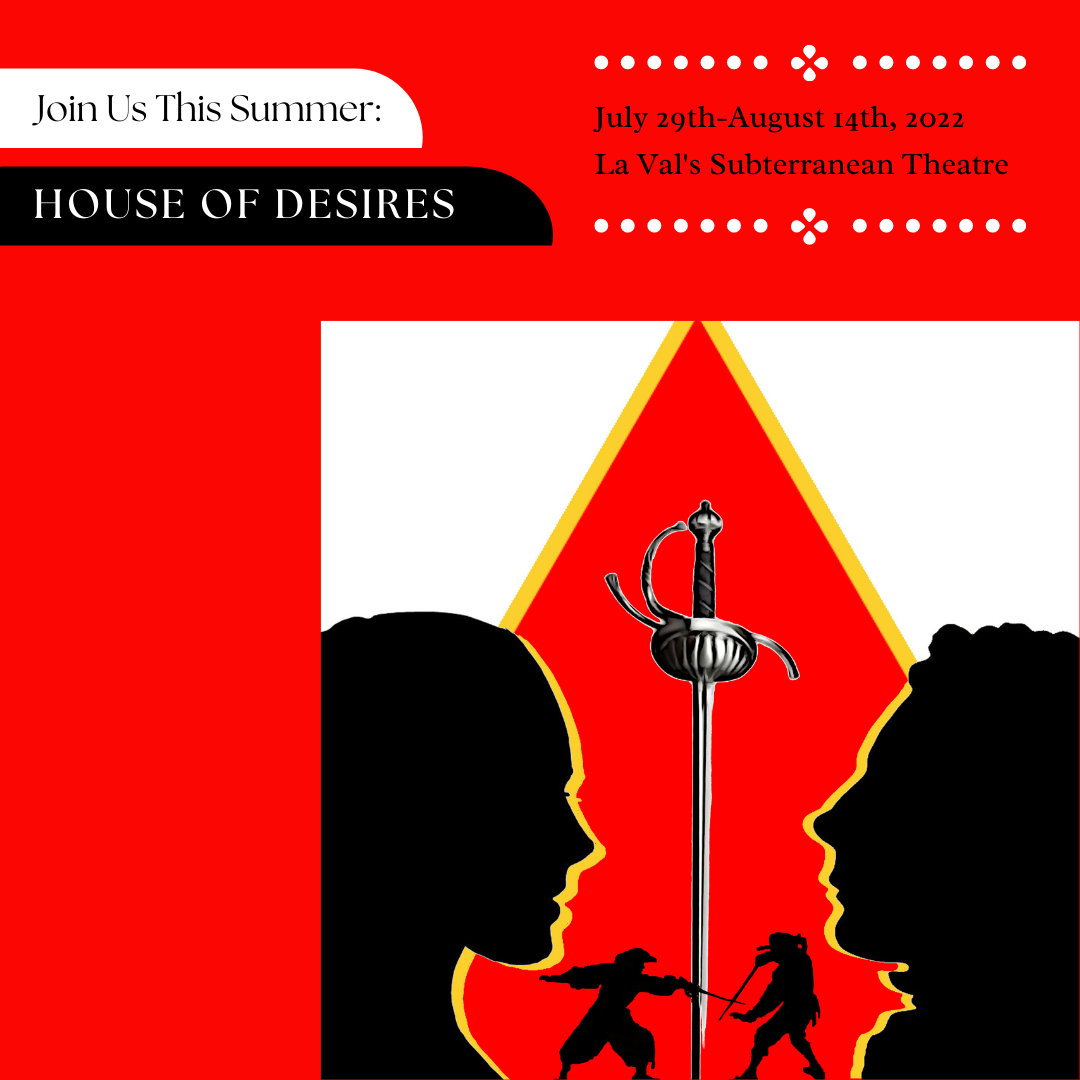 “Suppose the Three Stooges were feminists,” says Those Women Productions Artistic Director Libby Vega, “and they got together with William Shakespeare to write a version of Midsummer Nights Dream, and youll have the right idea.” House of Desires will be directed by Vega and will feature a cast of nine, as well as original music composed by Erika Oba.

The cast for House of Desires includes: 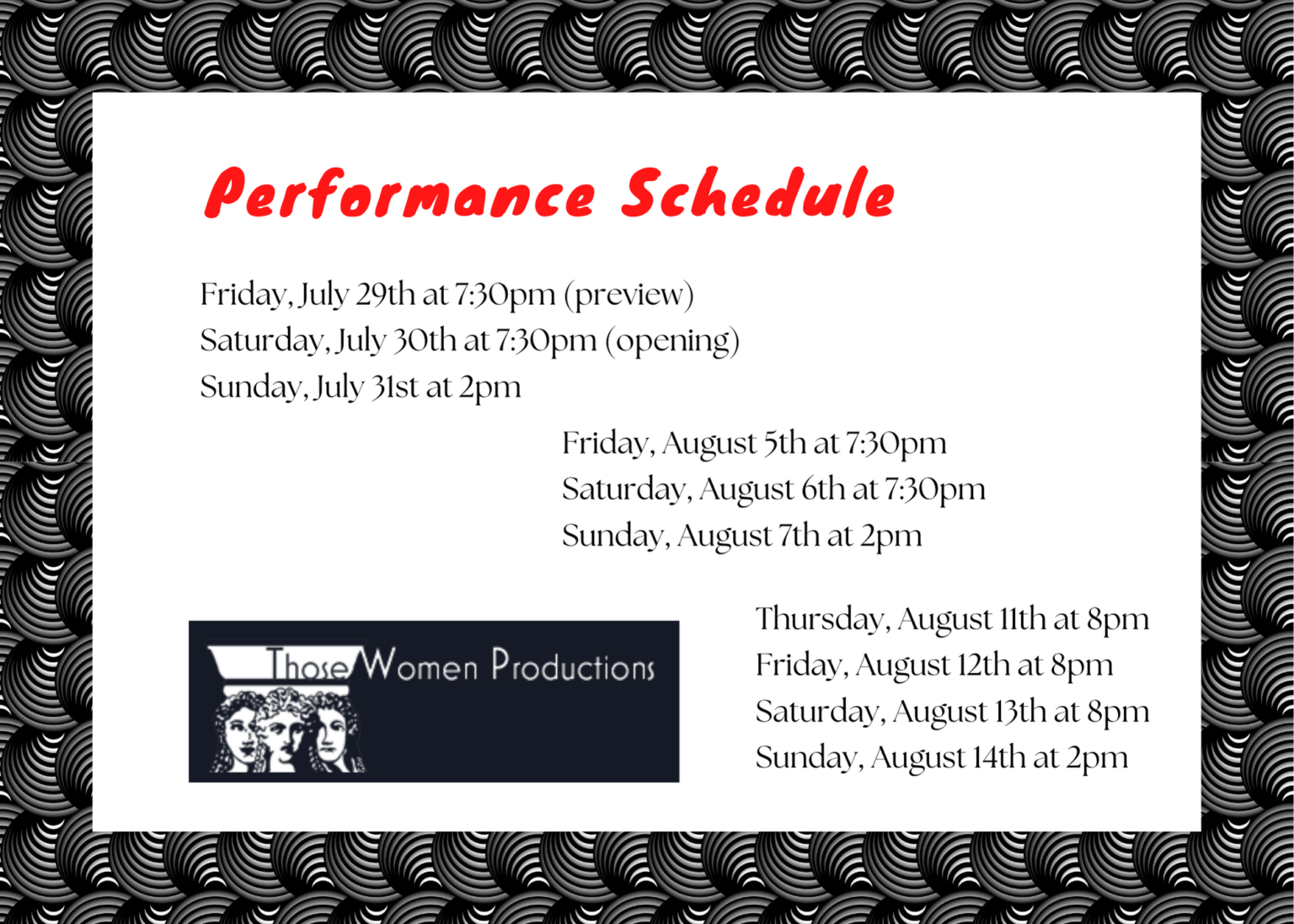 House of Desires was first performed on October 4, 1683, as part of the birthday celebrations held for the first-born child of the Viceroy Count of Paredes.

This comedy of intrigue, deemed one of the most famous works from late Baroque Spanish-American literature, features a romantic couple pining to be together amid a never-ending gamut of jealous lovers, sword fights, rivalries, disguises and duplicities.

Sor Juana herself a nun from the age of 19 creates passionate and strong-willed characters who speak their minds, and her work subtly criticizes the social, racial, and gender-based barriers of her day. This work is considered in many circles to be the pinnacle of Sor Juana’s writings as well as throughout all Mexican literature, and is a rare theatric piece of colonial Latin America.

Sor Juana Inés de la Cruz is widely regarded as one of the first great Latin American writers, yet is unfamiliar to most audiences and readers in the United States.

Writing between 1660 and 1693, her plays often included brave and clever women, and she openly criticized the Church for keeping women uneducated.

At the age of eight she composed her first poem; by adolescence, she had comprehensively studied Greek logic, and was teaching Latin to young children at age 13. She also learned Nahuatl, an Aztec language spoken in Central Mexico, and wrote some short poems in that language.

She begged to disguise herself as a male to further her education, but was not given permission by her family to do so. She continued to study privately, and at 16, was admitted to the service of a Viceroy’s wife. When she was 17, the Viceroy assembled a panel of scholars to test her intelligence. The vast array of skills and knowledge she demonstrated before the panel became publicly known throughout Mexico. Her reputation and her apparent beauty attracted a great deal of attention. Interested not in marriage but in the furthering of her studies, Juana entered the Convent of the Discalced Carmelites of St. Joseph, where she remained for a few months.

In 1669, at age 21, she entered the Convent of the Order of St. Jérôme, where she would remain until her death. Eventually, controversy surrounding Sor Juana’s writing and pressure from those around her (including her confessor Núñez de Miranda) resulted in Sor Juana’s forced abjuration. During this time, Sor Juana was required to sell her books as well as all musical and scientific instruments.

Director Elizabeth Vega is the Founding Artistic Director of Those Women Productions. She holds a BA in Liberal Arts from St. Johns College and an MFA in Staging Shakespeare from Exeter

University where she studied at the Globe Theater in London. Directing credits include Troilus and Cressida at the Dell Theater in Stratford-Upon-Avon and the world premieres of Carol Lashofs Witch Hunt and Just Deserts. She is on the faculty at Holden High School and has also taught at CalShakes and the Berkeley Rep School of Theater.

House of Desires is presented by arrangement with Concord Theatricals on behalf of Samuel French Inc. https://www.concordtheatricals.com