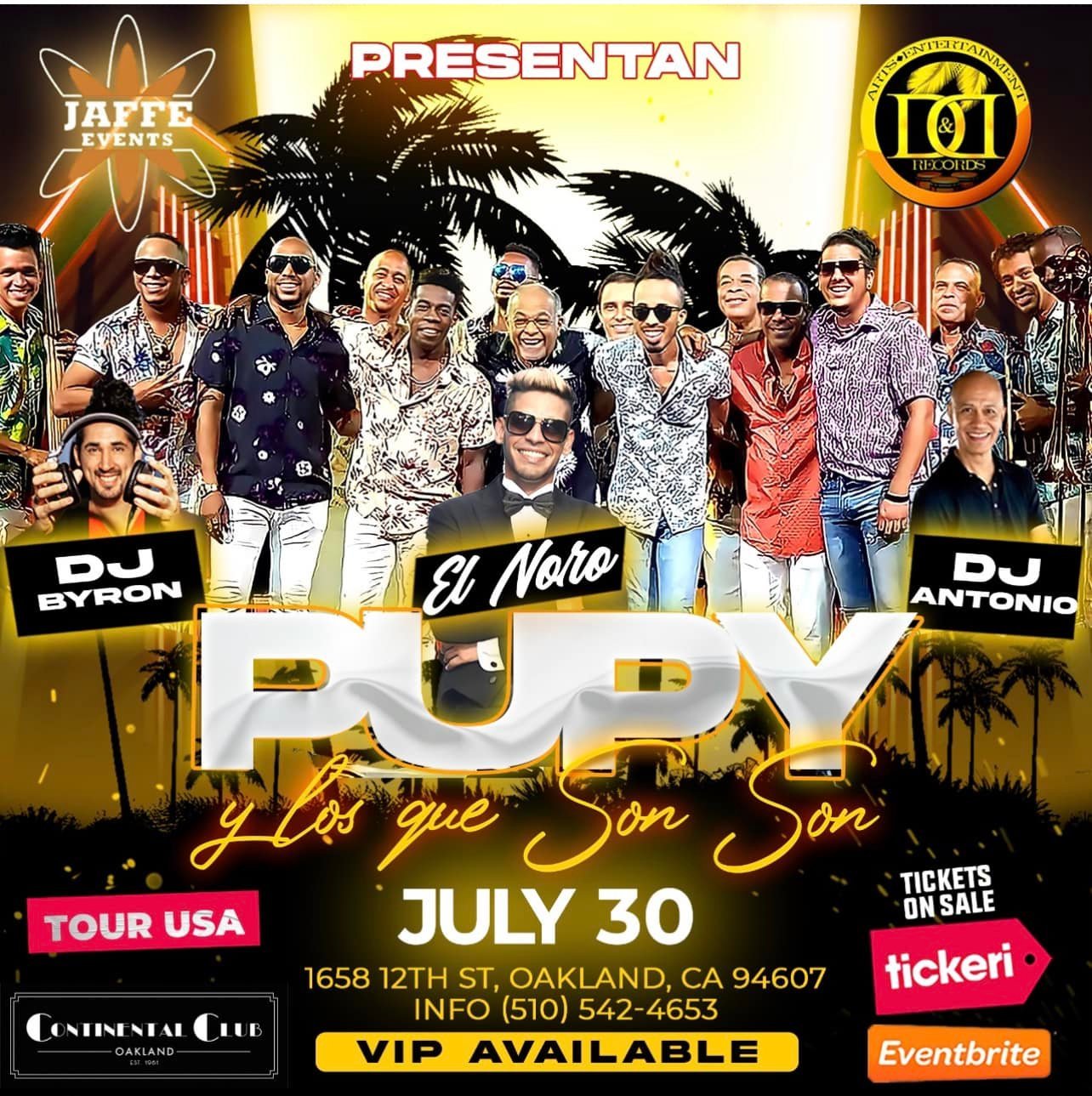 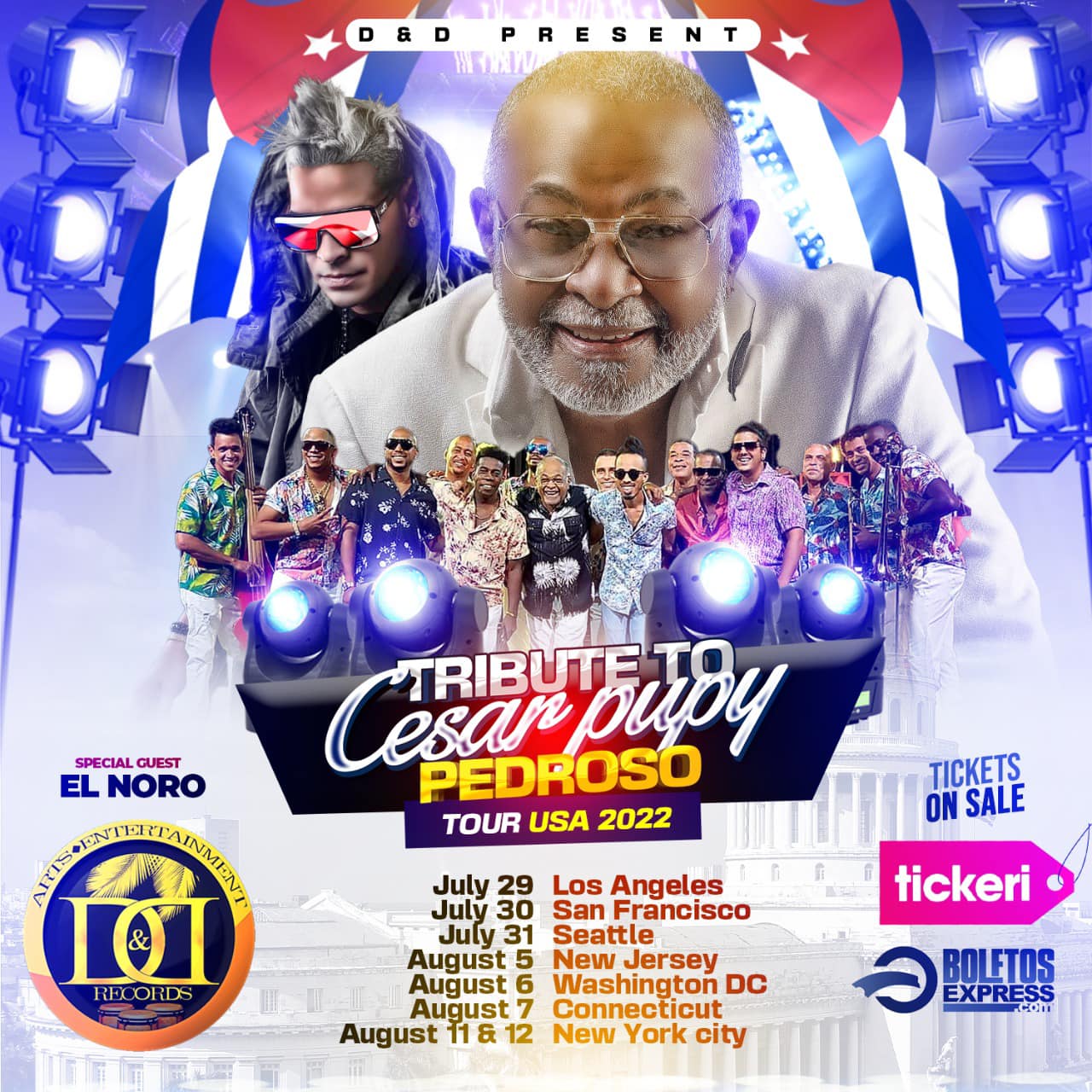 César “Pupy” Pedroso is one of the key figures not only in Timba, but in the last 40 years of Cuban pop music. One of Cuba’s best and most prolific composers, he also played a seminal role in revolutionizing the art of salsa piano playing.

In the summer of 2001, he left to form his own group, “Pupy y Los Que Son Son”. Pupy y Los Que Son Son will perform live at Continental Club, Oakland, San Francisco July 30th an extraordinary energy on stage!
Special Guest El Noro a distinguished singer with a unique voice known around the world, will be performing live with Los Que Son Son his favorite songs he sang with LOs Que son son when he was a member years back. will be an special night for casineros, timberos, salseros y todos los bailadores.