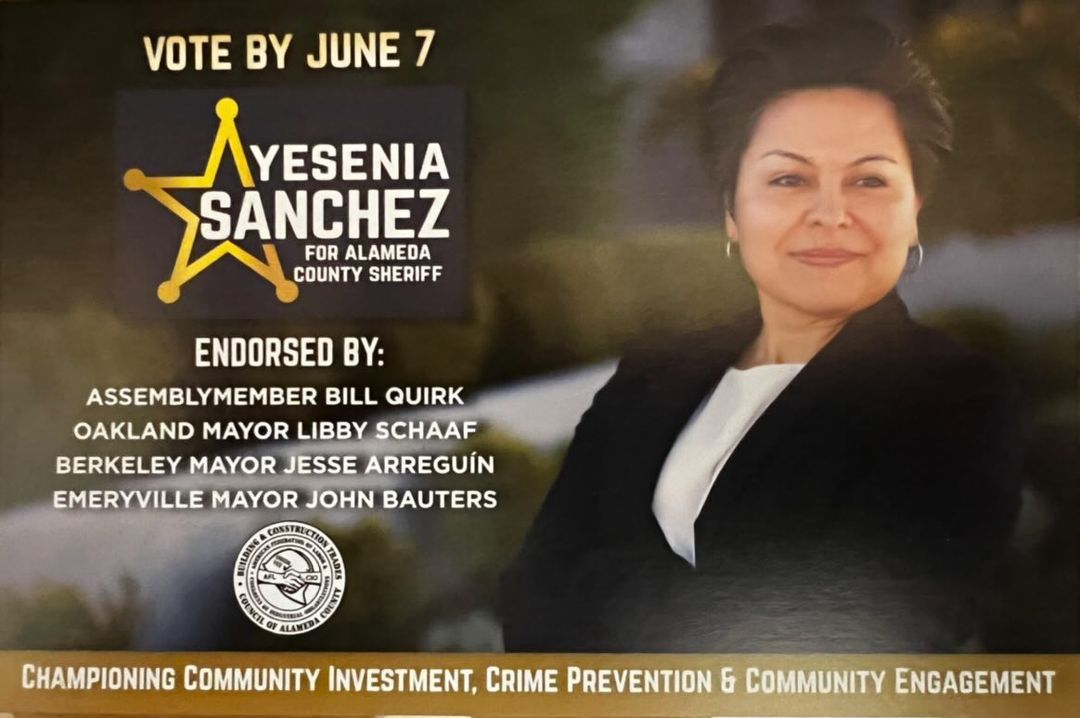 Yesenia Sanchez is a Proud Latina running for Sheriff of Alameda County in the 2022 election.

Yesenia is the highest ranking female and Latina on the agency!

She is running against an incumbent who has been uncontested for years.

Yesenia is a 24 year veteran of the Alameda County Sheriff’s Office who wants to make transformational change through community engagement and investment, rehabilitation of the jail population, and a focus on accountability.

One of the major issues she has in mind to change is Immigration policy. Currently it’s Sheriff Ahern’s policy to communicate and work with ICE. Yesenia plans to change that policy.

This is just one of many changes she plans to implement.

Yesenia is a 24 year veteran of Alameda County Sheriffs Office currently serving as Division Commander. She is seeking endorsements and trying to make dramatic changes.

Yesenia would love to talk with everyone about her candidacy and your thoughts. 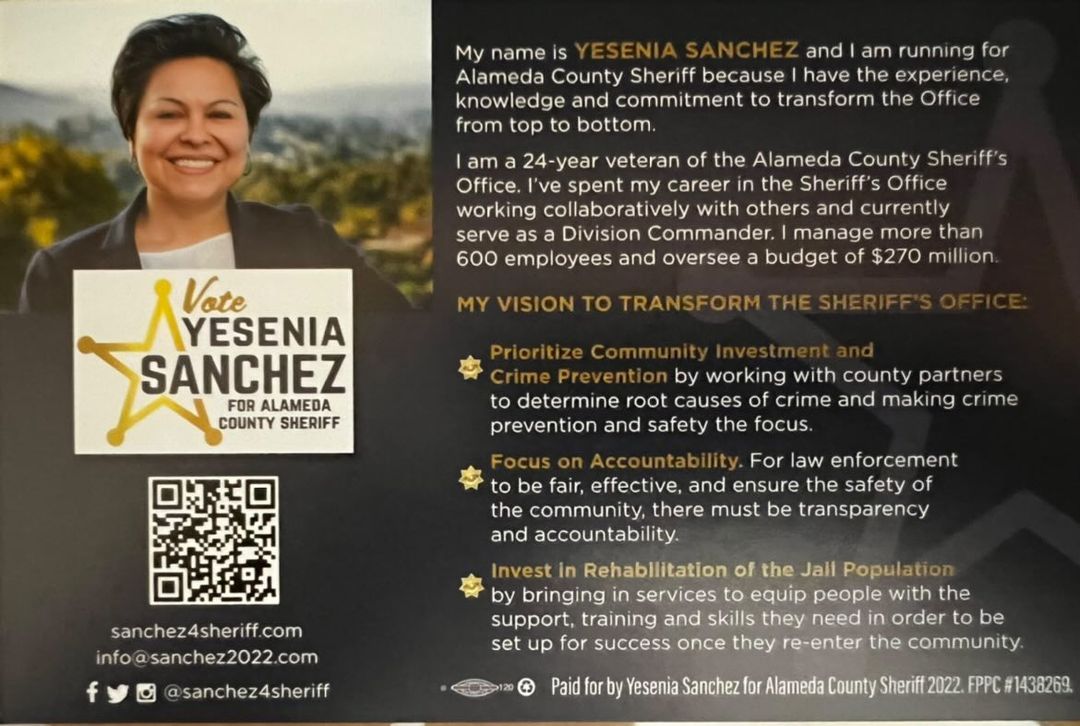 I was born in Hayward and have spent my entire life in California. My family has played a big role in shaping my core values – integrity, respect, accountability, transparency and openness.

My husband Todd and I have been married for 14 years and we have made our home in Livermore. I am the proud stepmother of three daughters.

I learned to have a strong work ethic at a very young age. After my parents divorced, I began working at the age of 14 and my brothers and I all helped my mom make ends meet. Our family ended up losing our home while I was in high school, and I chose to focus on working to help my family as I completed my high school education and had to forgo college — it was not an option for me.

By the time I was 18, I was working three jobs to help my family get by. A year later in 1997, I applied to and was hired on into the entry-level role of Sheriff’s Technician within the Alameda County Sheriff’s Office, a good paying job with benefits that was secure. This is how I started my career in public service and law enforcement.

In the Sheriff’s Office, I worked hard and excelled through the ranks over the course of 24 years:

Sheriff’s Technician (1997-2001). Assigned to North County Jail (now the Glenn E. Dyer Detention Facility), in Oakland where I tracked and logged the day to day activities of the jail.

Deputy Sheriff (2001-2009). Served as a sworn peace officer, at the jail, on patrol and as an investigator.

Sergeant (2009-2013). First line supervisor at the jail, on patrol and investigations.

Division Commander (2020-present). My current role in which I oversee and manage the Santa Rita Jail facility in Dublin. 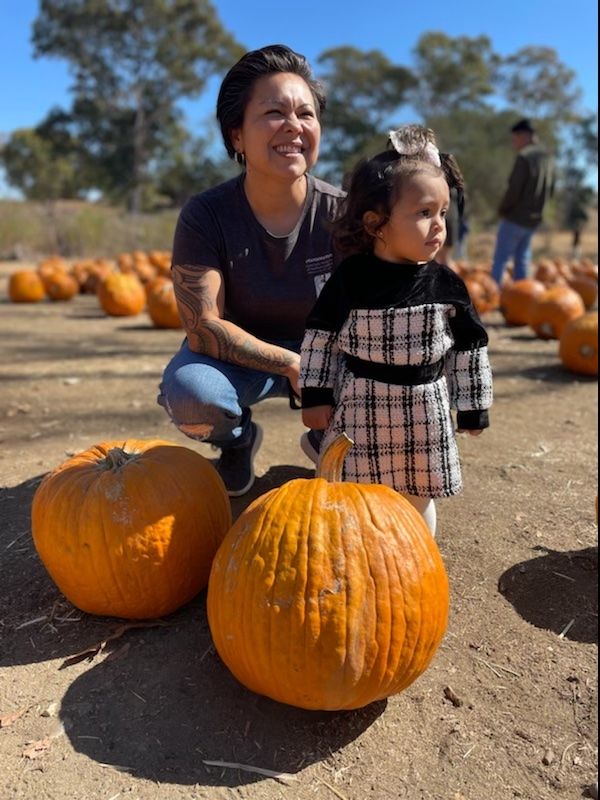 I know the damaging effects that poverty and lack of access to resources and support systems can have on communities and how that impacts crime and safety.

I am committed to leading the Alameda County Sheriff’s Office with the utmost integrity, serving the community equitably and inclusively, and making sure the Agency ensures safety in the community by investing in it.

Endorsed by the East Bay Times!