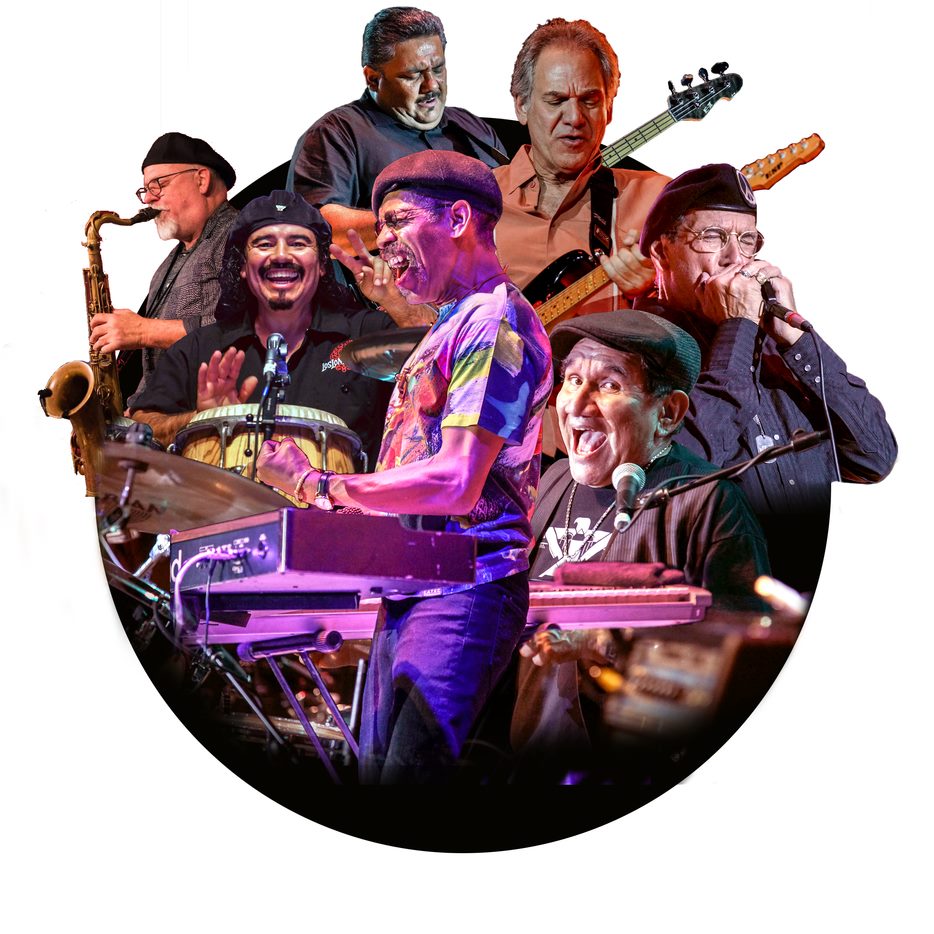 And these ‘kids’ had the nerve to carry the name WAR at a time when peace was the slogan in an anti-Vietnam America. “Our mission was to spread a message of brotherhood and harmony”. Original Band Members included; Lonnie Jordan/singer/keyboardist, Howard Scott/guitars/ vocal, Lee Oskar/harmonica, B.B. Dickerson/bass vocals, Harold Brown/drums/ vocals, the late Thomas “Papa Dee” Allen/congas/timbales, and Charles Miller /saxophonist/flutist.

“Our instruments and voices became our weapons of choice and the songs our ammunition. We spoke out against racism, hunger, gangs, crimes, and turf wars, as we embraced all people with hope and the spirit of brotherhood. It’s just as apropos today” WAR, the original street band, was brought together by veteran record producer Jerry Goldstein (“My Boyfriend’s Back”, “Hang On Sloopy”, “I Want Candy”) and rock legend Eric Burdon (ex-lead singer of the top British band The Animals). “I first saw some of the guys who would eventually become WAR playing at a topless beer bar in the San Fernando Valley, backing Deacon Jones, the pro football player, and knew immediately how potent these kids were,” states Goldstein. “I was friends with Eric and he was ready to throw in the towel on the music scene and return to Newcastle. He was tired of the ‘rock’ thing and desperate for a fresh authentic sound. I called him the morning after I first saw the band and made him return to the club the next night with me. Eric was so blown away by what he had heard that he jumped on stage to jam with them. The guys weren’t familiar with Eric or The Animals. I had them in the studio within a week, and the rest is history!”